The Streets of Rage series is a side scrolling, beat ‘em up arcade game that was originally released for the Sega Genesis. An absolute classic. Between the years of 1994 and 1996 a trilogy was released and nothing has been heard from the characters since. Out of nowhere DotEmu, Lizardcube, and Guard Crush Games developed and published Streets of Rage 4. A franchise loved by many was revived 24 years later. The same side-scrolling action with all the same favorite characters, and then some, and the return of frustrating baddies. New bosses, and a brand new story married with beautiful art has made Streets of Rage relevant again. A great game for fans of the original while more than capable of luring in new gamers to give the series a try.

From the opening cutscene, we know this game is going to be intense.The art and graphics for Streets of Rage 4 are only part of what makes it feel brand new. Cutscenes are still images, similar to a graphic novel, to explain the character’s actions and expression, with no voice acting. Each cutscene between stages is skippable from the beginning. Moving from one stage to the next happens almost instantly because the loading times are so fast you barely even know they happened. The game was developed using hand drawn art, down to every individual frame. As a result, the graphics are brilliant and crisp, and it plays fluently. Games that pay attention to detail are highly commendable and Streets of Rage 4 is no different when it comes to entertaining background elements like interesting graffiti, or the patron at the ramen shop in the background of Chinatown.

For anyone that has played Streets of Rage games, most of the controls are going to be similar, plus a few extras. Special attacks are unique, versatile abilities that deal heavy damage, but be careful. They drain the character’s health. It’s only temporary if you manage to get in a few punches or throw an enemy, but if you are hit first that health is gone plus the damage the enemy dealt. Controls flow smoothly, making it easy to have the character twisting and spinning in all directions, for any which way the multitude of enemies might be coming from. They are so responsive, sometimes I wished the command would not have taken because the situation changed so rapidly I wanted to make a different action instead.

Options offers more settings than just changing to one of many languages available. The player will have the ability to change a few graphics around. For example, the apple for minor health restoration can be changed to onigiri or a slice of pizza, and the large roasted chicken for a major health restoration can be changed to a bone-in ham or a large bowl of ramen. Settings are available to change the background music from modern to retro, giving anyone familiar with the original a sense of nostalgia. Add on to that unlocking the main three characters plus some from the original games and you have the ultimate dose of the old days. All of these options are able to be changed before starting the story, or in the middle of the game without reloading.

Enemy deaths are easy to determine. In side scrolling fighting games it can often be difficult for a player to comprehend when the bad guy they’re beating up is actually dead. Streets of Rage 4 offers a health bar that names the enemy that was attacked last, so you can see when their health is depleted. It’s not always wise to take your eyes off the action. Pay attention to how the enemy falls and the excessive sound they make once they are defeated. These effects are more distinct than when they’re still able to stand back up and keep fighting. Being able to easily discern when Francis won’t be getting back up helps the player know when they can move on to the next baddie. If you’re familiar, it’s still a good idea to group them all up in one place and go nuts.

Playing each character feels similar as far as muscle memory is concerned which makes transitioning easier, but their style is refreshingly different. The player is welcome to pick and choose their favorite character. Mine is Blaze. There are plenty of reasons to want to play through on all the characters though, and to never put this game down. Stage select allows the player to challenge themselves on higher difficulties of each stage without playing through the story mode five times. If you have not completed story mode on a specific difficulty, you still need to play the stages through in order to unlock them all. Then go back through to earn the highest rank possible on each stage. Also, the player can earn achievements, where applicable, for completing the story with each character. Nothing screams the need to earn more points like the prospect of unlocking additional characters.

It’s typical to be anxious when you hear one of your favorite games from the 1990s will have a new addition, especially when it’s been more than twenty years since the last installment, but there is no disappointment in Streets of Rage 4 and no shortage of excitement! A game just as great as the originals, even better as far as we are concerned. Absolutely worth picking up whether you’ve never played before or want the taste of old fashioned side scrolling beat ‘em up. If you manage to put it down after a few hours, you’ll be picking it up again in no time. 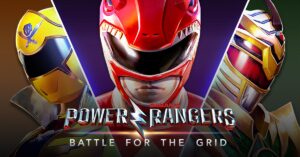