Streets of Rage 4, created through Dotemu as the publisher, and developed by Lizardcube (direction) and Guard Crush Games (programming). We had the pleasure of being able to sit down, play the demo, and interview with Arnaud De Sousa head of marketing at Dotemu & The Arcade Crew.

These three companies mentioned above teamed up, taking the best from the two developers, and for Streets of Rage “this is a game that deserved that much attention,” Arnaud said. 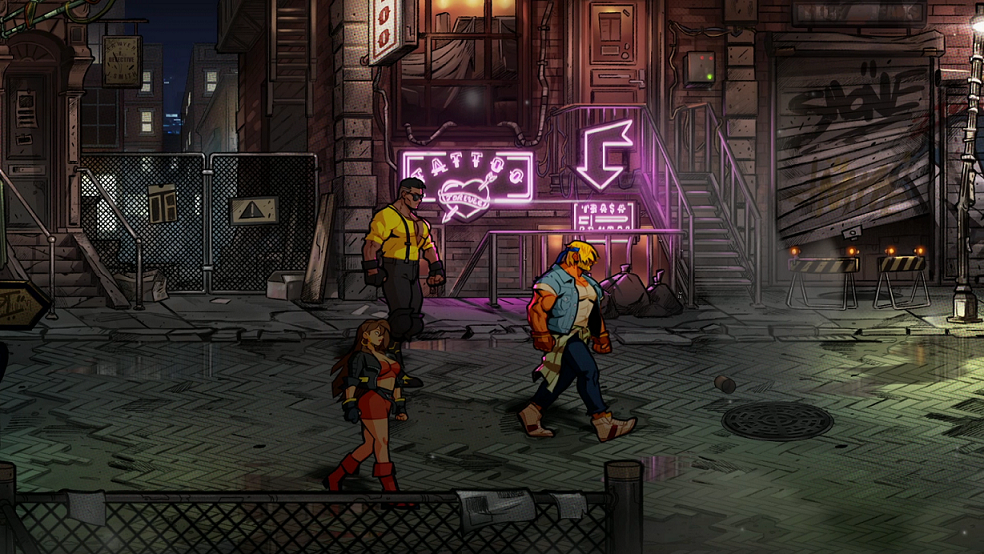 At the end of the production of Wonder Boy: The Dragon’s Trap, Dotemu wondered what they should ask next of SEGA. Streets of Rage was an easy decision. Arnaud told Gameology News they, “Basically asked them (SEGA), they said yes. And a little bit after we have Streets of Rage 4.” 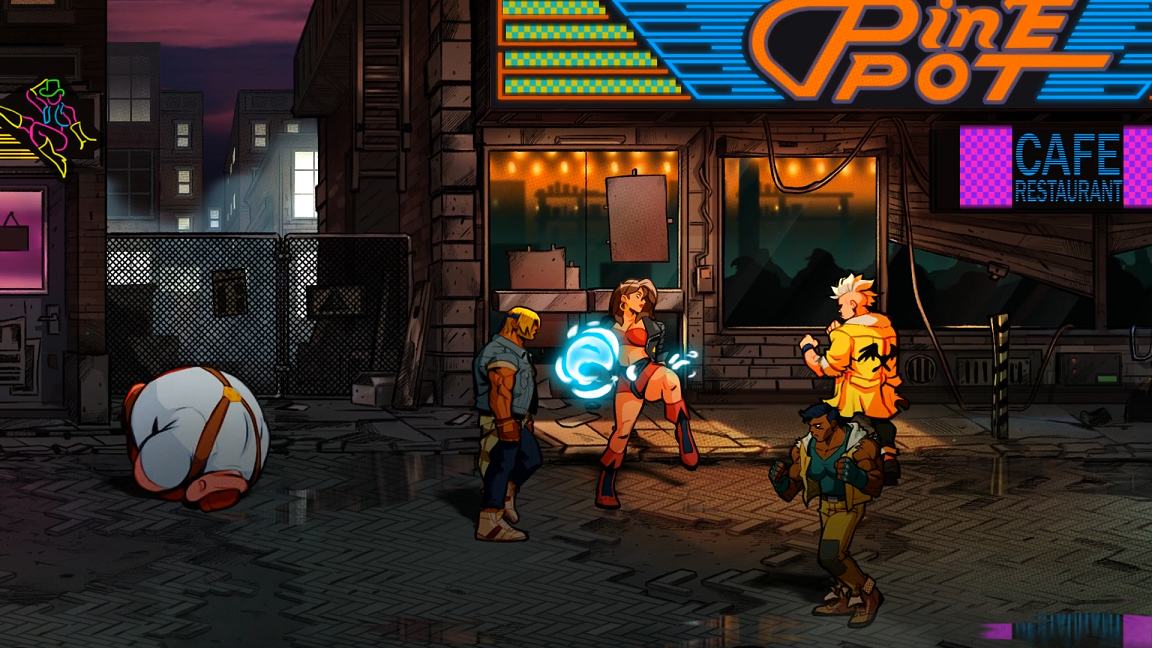 “At Dotemu we bring back old games. Now, we also do remakes and sequels.” Dotemu earned the honor of creating a sequel to Streets of Rage 3, which will take place ten years later. Streets of Rage, a classic in the beat ’em up genre, was developed and published by SEGA – originally released for the Mega Drive and Genesis consoles – and has not had a game released in its three game series since 1996. Now, we eagerly await the release of the fourth title 24 years later!

There was no direct response when asked if we might get a remake of Streets of Rage 1 thru 3. However, when we inquired about the graphics, we learned some interesting information. Every frame of Streets of Rage 4’s 60 fps is hand drawn, making the game feel as if you are playing a cartoon. That is why this game has such a unique beauty. And the gameplay is phenomenal. 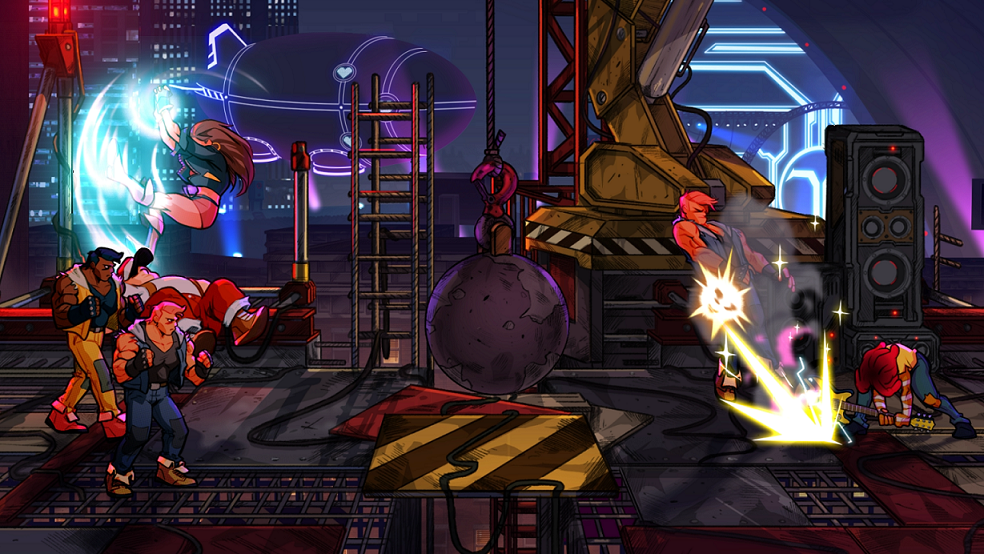 “After making a remake of Wonderboy we were like, ok let’s go further and bring something new to the table. We were all big fans of Streets of Rage. We wanted to work with Streets of Rage but as big fans we wanted to bring something more to the table.” Arnaud went on to say, “That kind of philosophy behind the project is that we had to get the feeling of Streets of Rage right.” Of course, no exceptions. But the game can’t just play with the same old mechanics. The players want something fresh. While enhancing the Streets of Rage experience, I can confirm nothing from the original has been lost. Playing the demo was equally nostalgic and like picking up a brand new game! “We added new mechanics, but we wanted to have the original experience.” 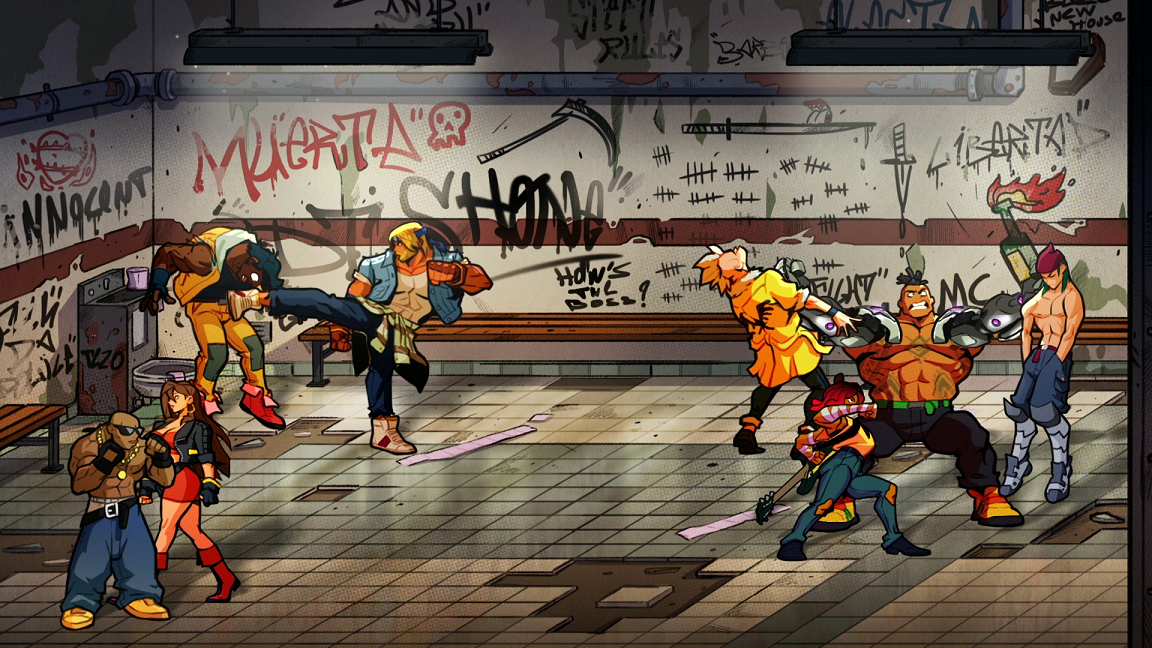 Streets of Rage 4 will be released in Spring 2020 on consoles and PC.