Lay the foundation stone of your medieval metropolis

Thousands of loyal Townsmen are living a happy life. They have enough food, enough drink, they are well entertained and have access to multiple goods they need for a good life. They are safe from illnesses and fire, and they don’t have to worry about bandits as the brave soldiers of the guard are watching over them. Their city is huge and vibrant, rich and mighty. All because of your great rule…

Or will the city have a different fate? It’s all in your hands with Townsmen – A Kingdom Rebuilt, out now on PC. 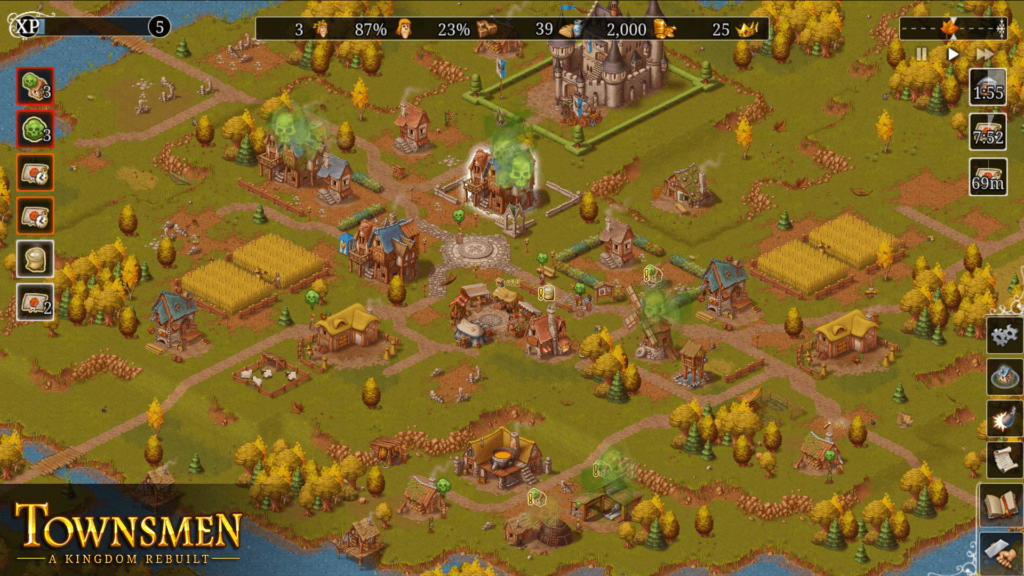 This improved and remastered version from the iconic Townsmen series comes with a long list of features: 24 maps for the sandbox mode stand next to 26 scenarios, so it’s up to you if you pick your own tale and turn a barren pile of grass into a gigantic city or face a predefined challenge. A new, six-mission-long tutorial will make your first steps as a ruler as smooth as fine silk from the tailor’s shop. Research over 70 technologies and construct more than 150 buildings and objects.

About Townsmen – A Kingdom Rebuilt
The medieval metropolis builder gets a mighty overhaul on the PC. Grow your tiny village into a grand medieval empire with a thriving economy and happy villagers. Find spots for mining ore, harvest the crops of your farms and collect coins as taxes from your folk. Build jousting fields, taverns, marketplaces and beautify your city with impressive statues, magnificent monuments and lush gardens. As you do so, be aware of dangers: bandits are never far away, looking to plunder and pillage peaceful towns. So don’t forget to erect barracks and guard towers, and recruit brave soldiers to protect your citizens from harm, too. You rule the entire empire from your castle, making sure your inhabitants have fun, stay happy and remain safe. 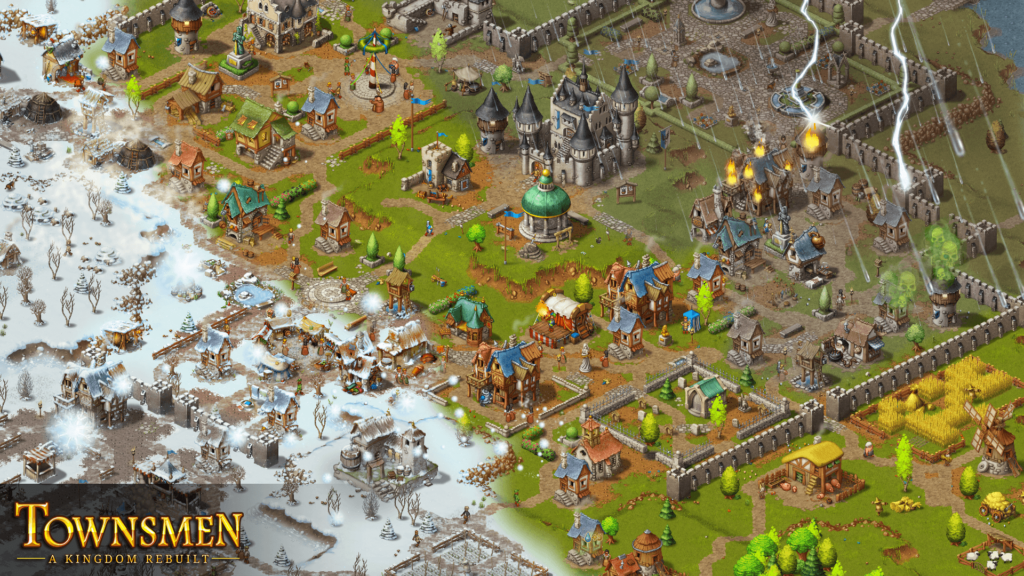