Start building your fantasy empire today, as SpellForce – Heroes & Magic is available now for mobile devices. So feel free to grab your sword and saddle your horse but, before you’re done preparing for your adventure, make sure to watch the new trailer below to get into the right mood for conquering your enemies’ lands.

Choose wisely who you want to lead to glory and prosperity: the honourable humans, the sinister Dark Elves or the fierce Orcs can’t wait to forge their fortune under your banner. Meet other races such as Dwarves, Trolls and Gargoyles and decide if they’re worthy allies or deserve to be crushed on the battlefield. Conquer mines and quarries, discover hidden treasures, fight wild beasts and invade cities to make them part of your empire.

“SpellForce is one of our core franchises,” says Reinhard Pollice, Business & Product Development Director THQ Nordic. “With the expansion Soul Harvest for SpellForce III coming soon, we are happy that our colleagues at HandyGames are continuing to expand the franchise to mobile devices today. We hope that players on mobile devices enjoy the take on turn based tactics.”

SpellForce – Heroes & Magic is available for Android and iOS devices and follows HandyGames strategy of premium games: buy once for £6.99 / 7,99 € / $7.99 and there are no microtransactions, no lootboxes, no ads or any kind of free-to-play mechanics. Just a great game. 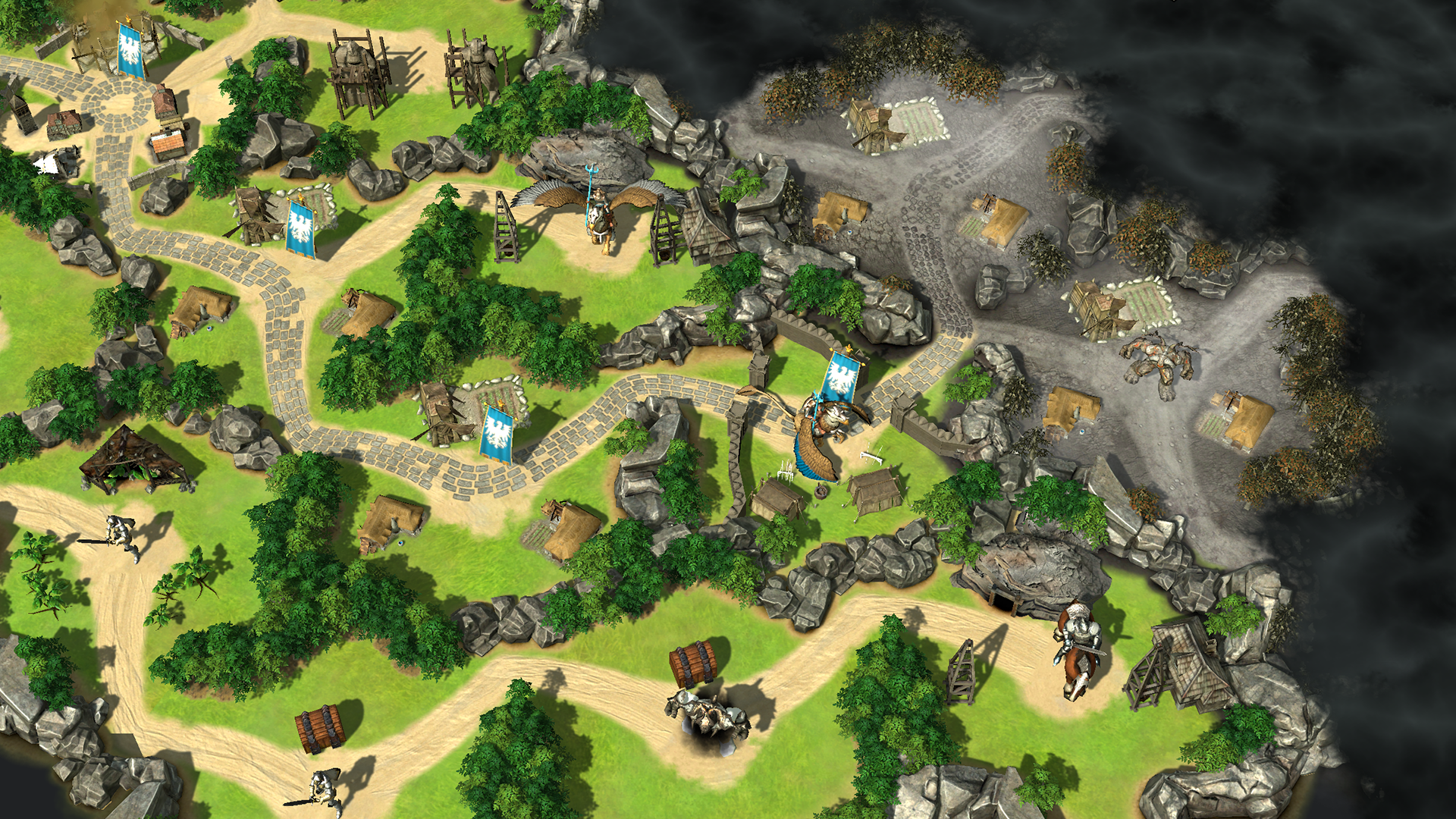 About SpellForce – Heroes & Magic
SpellForce – Heroes & Magic is a turn-based strategy game with deep RPG mechanics, set in the fantasy world of EO. The player controls one of three races, either Humans, Orcs or Dark Elves. The game is separated in two layers: the strategic, empire-building map, where your heroes and armies travel around, gather resources, fight monsters or enemy troops and conquer mines, farms or entire cities. When two armies meet on the battlefield, the game switches to a simultaneously turn-based tactics mode, where the player becomes a general and commands their units directly.

SpellForce – Heroes & Magic offers over 45 different units, among them are Footmen, Knights, Archers, Catapults, Orc Shamans, Dark Elf Sorceresses and many more, each with their unique strengths and weaknesses and some with special abilities. Manoeuvring on hexagons, the aim is to take down the enemy without suffering too many casualties. As your units gain XP, they level up and become stronger with each fight they win. Each heroes and unit can gather and equip different gear and choose new abilities from unique skill trees. While upgrading and maintaining your armies, you also have to overlook your duties as an Lord of your ever-growing empire: Develop your cities, make sure the flow of resources rises and also extend your territory.