Mythgard, the urban fantasy collectible card game from Rhino Games is gearing up for its Beta launch, coming to PC and mobile September 19, 2019. Created by former Blizzard and Gazillion developers, Mythgard has already carved out a space for itself amongst the CCG community throughout the past year while in playable Alpha.

Throughout the open alpha period, a growing Mythgard community has helped to shape and refine this game. The entire team at Rhino Games has many thanks to the alpha players! Now, as the game enters its next stage, those who contributed to the alpha will receive some special in-game items as a show of appreciation.

Set in a modern world filled with magic and myth, Mythgard offers exceptional lore, quick-thinking tactical gameplay, and strategic mixed-faction deck building. Mythgard‘s gameplay depth harkens back to the great early days of the genre and its feature-rich systems offer many ways to play. 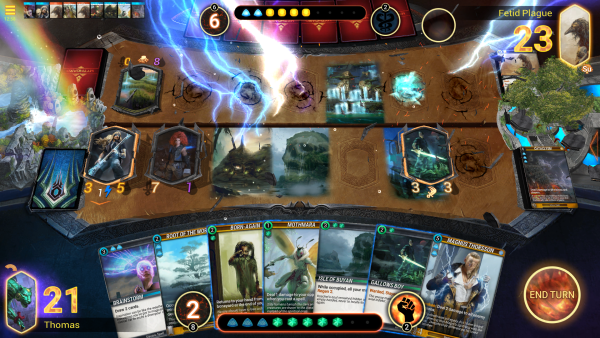 The Mythgard Beta is coming to Steam (Windows & Mac), Google Play, and the App Store September 19, 2019.