There are plenty more fish in the aquarium, along with new architecture, items and more!

Megaquarium: Architect’s Collection is a chance for fans to dip their toes into the water of architecture with new features such as bridges, archways, tunnels and more. Along with architectural abilities, this expansion also features new creatures, decorations and items. Players must find new ways to keep their heads above water using design skills in the spaces outside of tanks.
Megaquarium: Architect’s Collection DLC Features: 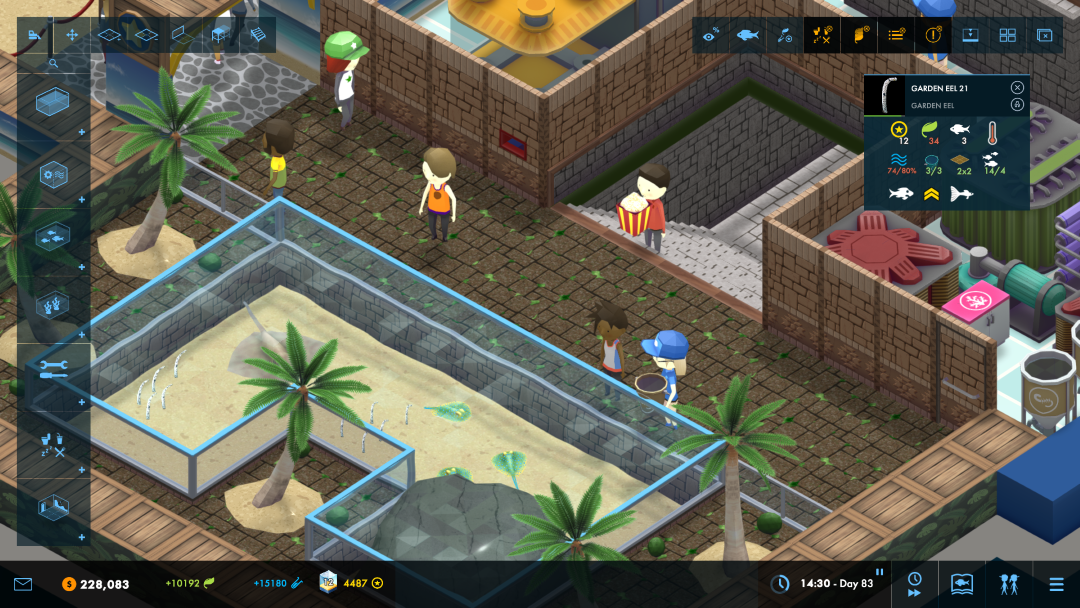 Megaquarium: Architect’s Collection is the second expansion pack for Megaquarium.  The first, Freshwater Frenzy, launched in 2020 and introduced freshwater habitats, the ability to develop hybrids, new campaigns and more.
For more information about Megaquarium, Freshwater Frenzy and Architect’s Collection, visit Twice Circled online or check out Twitter and YouTube.
About Megaquarium:
Released in 2018, Megaquarium is the public aquarium tycoon game from the creator of Big Pharma. Pick from almost 100 different species to house in your exhibits, satisfy their needs and don’t let them die! Hire a team of aquatic experts, manage them efficiently and level up their skills. Ensure your guests have access to key facilities like toilets and snacks, then squeeze them for their last penny as they leave via the gift shop! All this and more leads to a successful aquarium. Do you have what it takes to make the biggest attraction in the city?
About Twice Circled:
Founded in 2012, one-person studio Twice Circled is the product of Tim Wicksteed as he explores the management and strategy space of the games industry. Twice Circled’s breakout title was Big Pharma in 2015 which has grossed over $2 million since release.
Tags: aquarium architect's collection crab expansion fish megaquarium new animals shrimp Twice circled