Grab some roses and chocolates, because love is in the air in Atari’s hit mobile game RollerCoaster Tycoon® Touch™! The new Valentine’s Day-themed update brings a plethora of content so you can turn your park into a scene straight out of Cupid’s wildest dreams! Spread the love with a romantic, Valentine’s Day-themed park adorned with the sweetest of decorations.

Add a little spice to your theme park love life this season! For a limited time, RollerCoaster Tycoon Touch’s Valentine’s Day update adds thirty-one exclusive Valentine’s cards, which are sure to be the absolute cutest yet! Add a touch of romance to your park with a new ride, a new restaurant, a new entertainer, and much more. 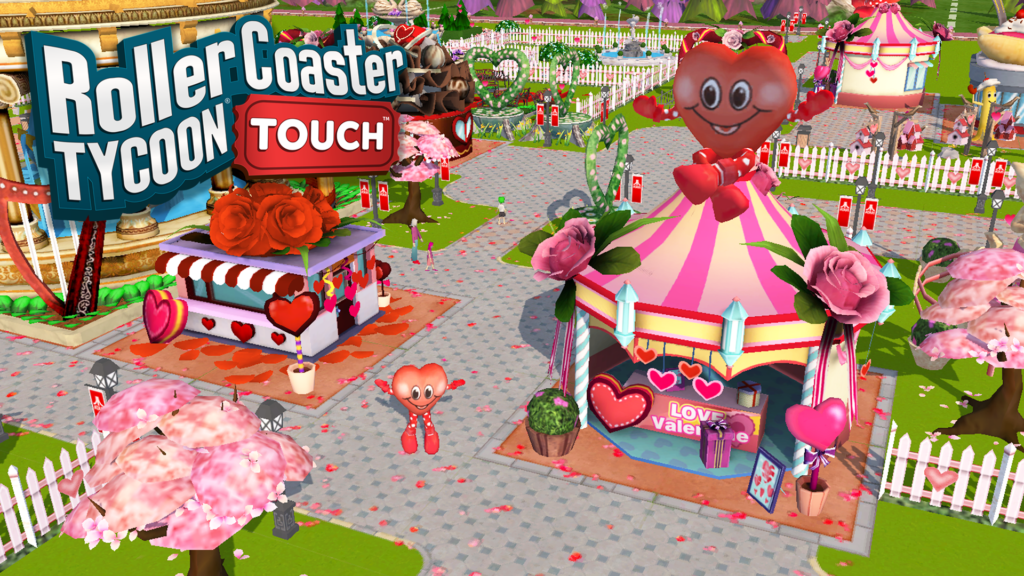 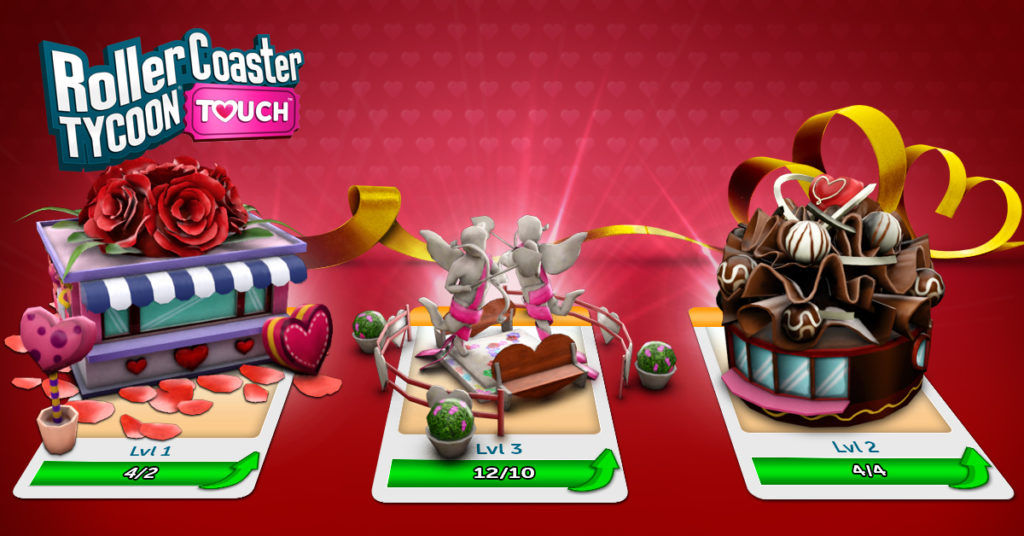