A few of us at Gameology were given the opportunity to sit down with the developers behind this remarkable game, Jaws of Extinction. We are honored for this chance to not only meet with them but conduct an exclusive interview for a game that will soon be going public. As gamers, we asked the critical questions because we know the answers gamers need. The interview was extensive and will be published in three parts, so stay tuned!

Gameology: Can you tell us the premise?

Joe: We have to kind of be careful about this. We don’t want to give away too much detail to allow for players to discover things for themselves! So the synopsis is that there’s been an engineered fungus that was intended to be a cure for almost all illness to humanity that has been accidentally released and become a deadly affliction by itself. Thanatos Pharmaceuticals, who was responsible for the outbreak, found a few people who were genetically impervious to the infection and tricked them into coming to the island on the pretense that they were going to be safe. The survivors were incarcerated in Lockcrest Penitentiary just off the coast of the island of Edin-Nadir and experimented on against their will in order to develop a cure. The residents of the island were evacuated to the North side, to survivor  safezones, so when the character starts off on the south side no humans will be around. The military presence on the island went rogue, taking what they wanted from the civilian population by force, which facilitated the growth of a resistance movement led by John Nadir, a descendant of one of the founders of the island. When the resistance discovered what was happening at Lockcrest, a breakout was engineered. Nadir’s goal is to develop a cure but he needs the research notes from Lockcrest. So without giving too much away, the main story is you need to find Nadir and deliver the research notes to him.

Ryan: The prototype, which we plan on making available as a free single-player demo, is chronologically the “prologue” to the story, where you wake up just outside Lockcrest and have to escape. When the main game starts, you wake up on the south side of the island having escaped. 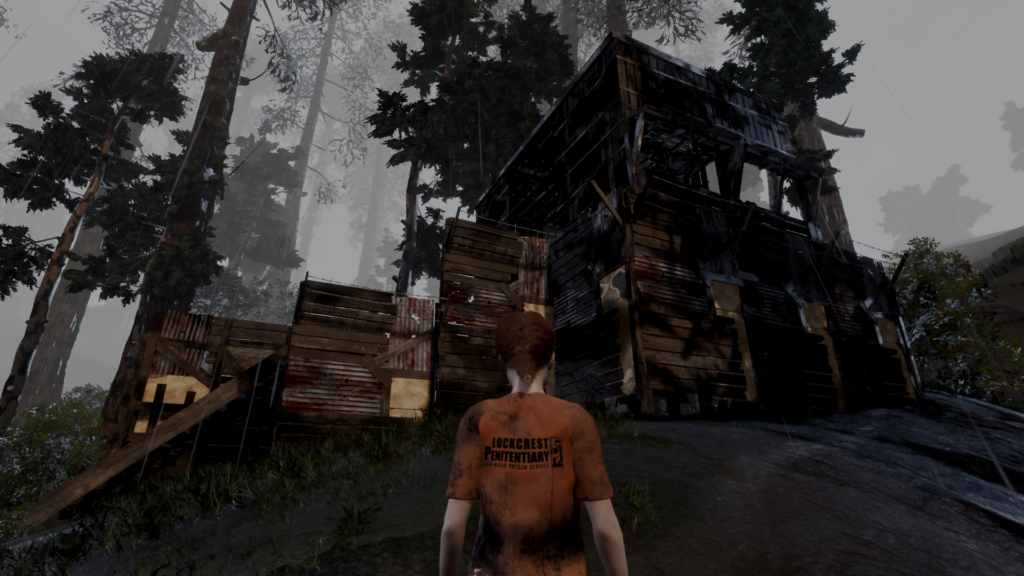 Gameology: Is there a story mode and an online mode?

Ryan: Yes, and yes. We realize not everyone is a multiplayer fan, so we wanted to allow a full experience for both single-player and multiplayer. For right now, in our Alpha releases, it will only be in single player. In the future we plan to give players a choice between single-player, a four-player cooperative mode, or connect to an official server to play with 30-50 other players. The story progression on these servers will be influenced by all the players.

Gameology: On the subject of Multiplayer – some folks shy away from multiplayer modes due to griefing, offline raiding, and general harassment – Have you accounted for this and, if so, how?

Ryan: Actually, we have huge plans for these considerations. It’s true that the game will be PvE, but it will also be PvP. There may be options on private servers to turn off PvP in the future, but we will, regardless, have game mechanics in place that will account for this. There will be  safezones all around the island where the players can go to interact with NPCs, trade with them, meet story-progressing characters and things like that. So, as you can imagine, access to these  safezones is really important for many reasons. The players will all have what we call the ST-RV (Subject Tracking and Realtime Vitals), or “Starve” system, on their wrist, put there by Thanatos Pharm. during the experimentation. Basically it’s a non-removable tracker that reads vitals, is GPS capable, and things like that. It also tracks the player’s “integrity”, and every time you have a PvP encounter, be it with another player or another player’s base or property, it will determine whether you were in the wrong or right and adjust your standing accordingly. So, if you’re the kind of player who is always hunting and killing other players or raiding bases, your lower integrity will probably severely limit your access to the  safezones and traders. The reactions from safezone NPCs may range from simply not allowing the player access all the way to immediately opening fire on sight. There will be a “Black Market” available to these players for trading, but prices will be tremendously higher. The ST-RV will also have a visual indicator announcing a player’s integrity in the form of an LED that will glow green for good, amber for neutral, and red for the lower standing. This last level will also cause the light to blink, making it difficult to be stealthy. The ST-RV system will also be able to be upgraded and players may get warnings when someone with low integrity is nearby.

Joe: It’s also worth mentioning about the ST-RV system that there will be upgrade options that will allow the player to get additional map locations and things like that. In certain  safezones you’ll be able to purchase these upgrades. For example, if your integrity is really good, you may be able to upgrade your ST-RV system to allow you to pinpoint and meet up with other players. Also, if your integrity is really low, you’ll have NPC hunting parties sent after you, you may have bounties put on your head that other players can try to collect on, and other things like that. It will make it very difficult. There is absolutely nothing stopping you from engaging in those activities, but you’d better be good at the game if you want to play that way!