CHRONO CROSS: THE RADICAL DREAMERS EDITION brings the time-bending tale of adventure and friendship to a new generation, featuring one of the largest and most diverse casts of playable characters of any RPG with more than 40 unique potential party members. Follow the story of Serge, who stumbles into another world and learns of the connection between his existence and the future of his planet. The remastered edition includes “RADICAL DREAMERS – Le Trésor Interdit -“, a text-based adventure video game released for Satellaview in 1996 that establishes the foundation of the CHRONO CROSS story. 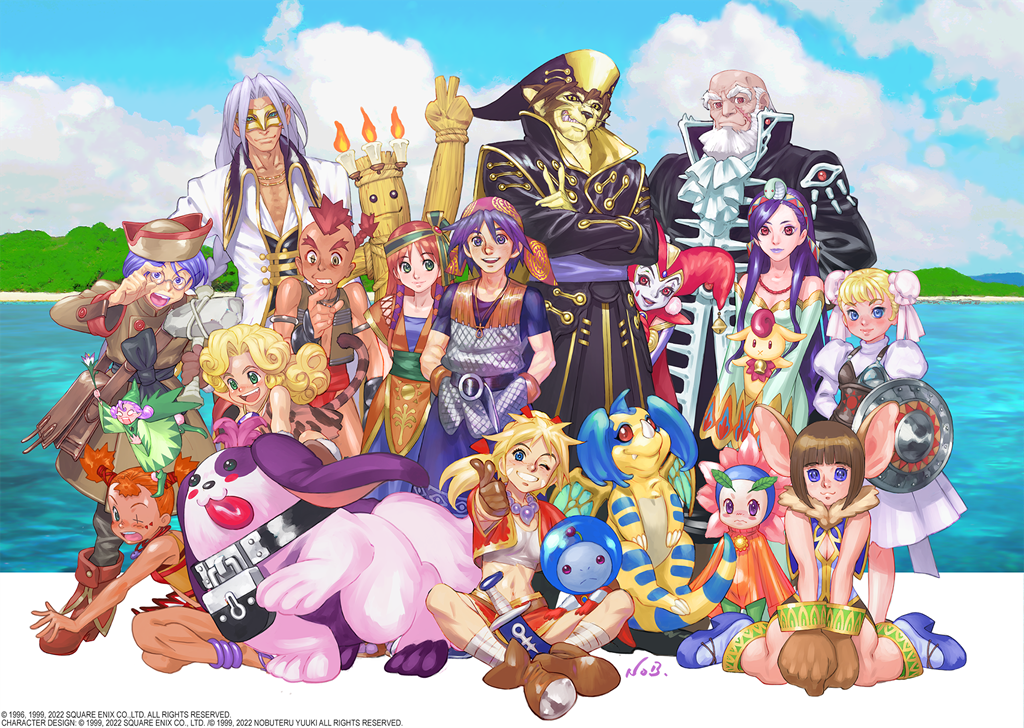 Players can look forward to an array of exciting new enhancements and features in CHRONO CROSS: THE RADICAL DREAMERS EDITION including:

*The 3D models, illustrations, font and background filter cannot be toggled separately. They will all be switched together.

CHRONO CROSS: THE RADICAL DREAMERS EDITION on PlayStation®4 will include a PS4 theme featuring Serge and Kid sailing on the blue ocean with a dragon in the skies above. Players can obtain the theme from the PlayStation Store. The featured background music is a guitar arrangement of “RADICAL DREAMERS -Le Trésor Interdit-”, which was supervised by Yasunori Mitsuda and had previously only been recorded on the limited-edition CHRONO CROSS 20th Anniversary Live Tour Blu-ray Disc.