The powerful Techlandia corporation, led by controversial CEO Dexter Ward, reportedly plans to use its latest smartphone launch to take over the world. Only a handful of little-known tech bloggers stand in the way of global catastrophe, but first they’ll have to find clues, fight tech company executives, and avoid the dreaded Reality Distortion Field. 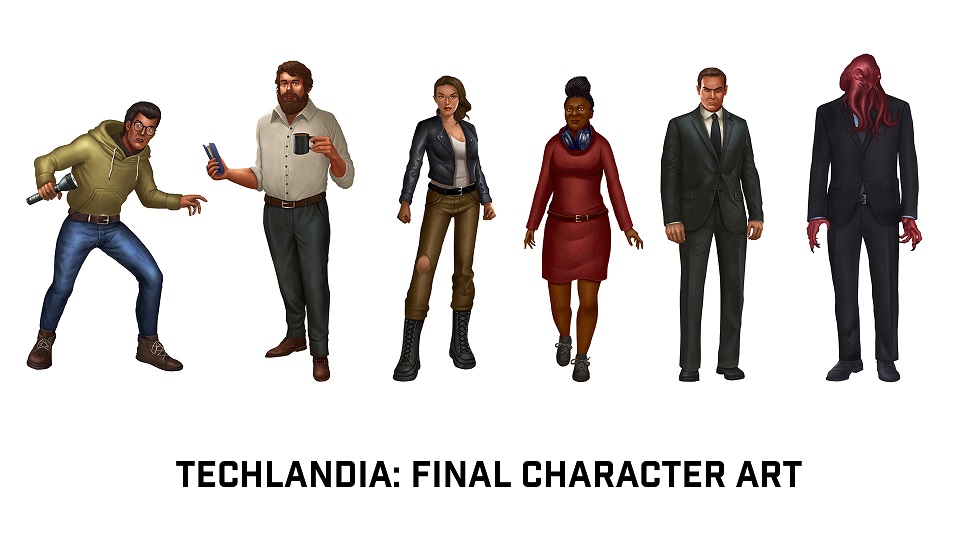 Techlandia, a new tabletop board game about a major technology company secretly run by an evil cult, is live now on Kickstarter, with a campaign that will run for 30 days. Designed by longtime tech journalist, author, and TV news talking head Dan Ackerman, the game tackles digital/tech themes with a distinctly analog approach. Ackerman, author of the award-winning game history book The Tetris Effect, says, “The game takes a classic Douglas Adams satire vibe, adds a dose of Lovecraftian horror, and combines it with our obsession over smartphones, spyware, digital privacy and hacking.” 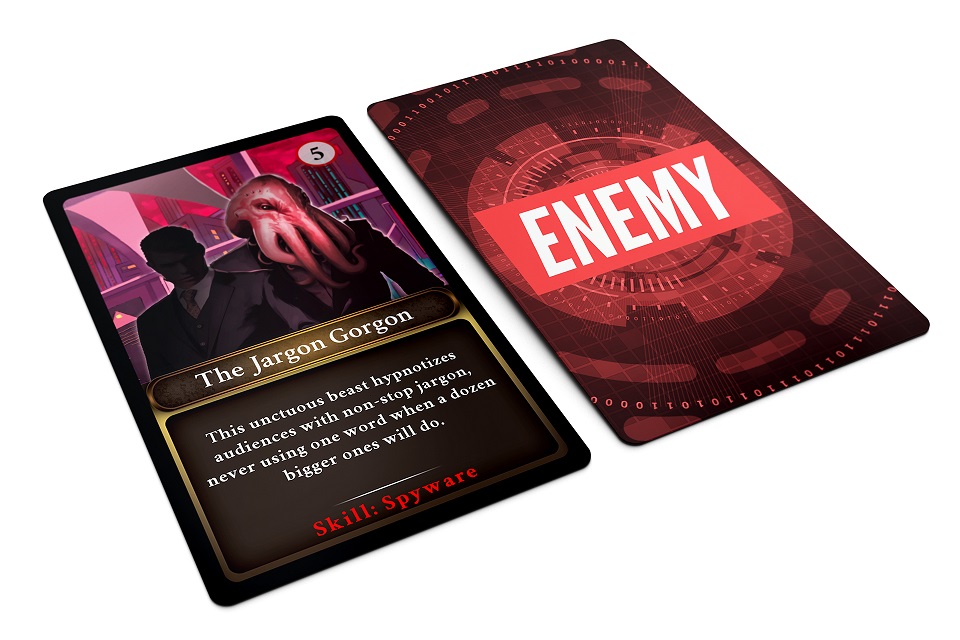 Techlandia is a modern dungeon crawl where 1-4 players must infiltrate the high-tech HQ of the powerful Techlandia corporation. By investigating key locations, and fighting and defeating cultish company employees, you’ll be able to decipher four QR code fragments and scan the correct code at the security checkpoint to gain access to the phone launch event.

Fail at any of these tasks and you’re likely to be arrested for trespassing. And the world might end, too. But we’re getting ahead of ourselves.