One of the most crucial topics of discussion among any group of Zelda fans is the confusing three way timeline split. Fans of the ever expanding realm of Hyrule no doubt demanded a way to organize all of these marvelous games. We asked ourselves, how could the events of Twilight Princess(released 2006) occur if Wind Waker(released 2002) already happened? The answer was simple: At the end of Ocarina of Time, Link either returns as a child to prevent Ganondorf’s tyranny and take on a new adventure, or remains as an adult, as explained in Hyrule Historia. There is a third course presented in the same book that many fans often neglect.

The two aforementioned timelines are the most popular. Nintendo created an alternate time by considering events that rarely happen in fairy tales. A slew of games fall in line following the defeat of the hero, a time when Ganon wins, which, in my opinion, is the reason this timeline is less popular. While no official announcement was made, Breath of the Wild fits snuggly at the end of this line, and that could boost the interest of new and old gamers alike to the events of this third timeline.

In the most popular speculations, the hero’s death occurs at the end of Ocarina of Time. I disagree with this. In A Link to the Past, released before Ocarina of Time but occurs directly after in the timeline, the King of Thieves sought to claim the Triforce for himself and found an alternate entrance into the Golden Realm. After locating the realm, he eliminated all of his followers and claimed the Triforce, but the essence of the goddesses did not separate. The goddesses granted Ganondorf’s wish to conquer Hyrule, but it was a trick. The Golden Realm mirrored the image of the land in his evil heart, as well as changing him to reflect his greed, and thus Ganon, the Demon King, was born. To make these events in this timeline occur, the most logical explanation, in theory, is that Ganondorf must kill Link when first confronting him on the drawbridge between Hyrule Market and Hyrule Field. If the boy born to be Hyrule’s hero was slain before he could open the Sacred Realm and realize his destiny, the goddesses would have needed to intervene in the only way they knew how. Thus, we have A Link to the Past.

This dead hero timeline, as I like to refer to it, is filled with much death and war, one being the Imprisoning War. After the goddesses tricked Ganon and sealed him in the Golden Realm, now the Dark World, Ganon’s evil power seeped into Hyrule, calling upon others compelled by greed and lust with the promise of power offered by the Triforce. None ever returned, as they were transformed into beasts the moment they entered the Dark World. Ganon tried to escape by continuing to weaken the present barrier using his new minions. During the Imprisoning War, the Knights of Hyrule battled these demons while the Seven Wise Men created a new seal to keep Ganon locked away. Hyrule was in ruins, the bloodline of the Hylians weakened, and so did the power of the Triforce. After a time, the land found peace, until Agahnim arrived. This sorcerer disguised as a priest turns out to be Ganon’s alter ego. He deceived and killed the King of Hyrule, and then sacrificed maidens possessing the blood of the Seven Wise Men to break the seal, allowing Ganon to reign over both Dark and Light Worlds of Hyrule. Link rises to the challenge and takes the Triforce to right the world. It would seem the light has outshined the Prince of Darkness, but not yet.

My biggest supporting reason for the theoritcal conclusion of Link’s early death is Twinrova, Koume and Kotake, Ganondorf’s surrogate mothers. In Oracle of Seasons and Oracle of Ages, they attempt to resurrect him and appear very much alive, until they sacrifice themselves to complete the resurrection. Their deaths were not entirely in vain. However, instead of a man, a mindless beast was revived. This never could have come to pass if Link made it all the way to the Desert Colossus and killed Twinrova. The possibility exists that they fled to Holodrum and Labrynna to light the three flames, and capture Princess Zelda, in order to resurrect Ganon.

A debate exists on what occurs after A Link to the Past. The hero may have sailed off to Koholint Island for a training exercise and then been whisked away to a set of trials in Holodrum and Labrynna, or he was leaving the latter on a ship, which wrecked and Link found himself awakening on Koholint Island. Whether one fan chooses to say Link’s Awakening is first, or another feels the Seasons and Ages games come first, the Triforce splits after these adventures into the signature parts of Power, Wisdom, and Courage.

Many years after Twinrova’s failed resurrection, a man named Yuga with a strange passion for art and the ability to turn people into portraits, once more captures maidens to revive Ganon in Lorule. This attempt succeeded, Ganon’s mind more intact than before, but he is defeated. The Triforce is once more complete to right the two worlds. Peace reigns, and the King of Hyrule uses the power of the goddesses to help his kingdom prosper. Eventually, one of these kings doubted the character of his son and placed the Triforce of Courage in a location that he only told to his daughter. His magic would put a crest as the mark of the hero on the one worthy of its power. This act only led to the tragedy of Princess Zelda I, who had a spell placed upon her by a wizard that would make her sleep forever. Her story was forgotten, but since then every daughter born to the crown would be named Zelda. The power of the Triforce was no longer able to sustain the peace in Hyrule, and soon enough Ganon and his army of demons invaded, only quickening the kingdom’s decline. Zelda desperately broke the Triforce of Wisdom into eight shards and hid them across Hyrule, leading to her capture by an angered Ganon.

At long last, Impa stumbled upon Link as she was being attacked by Ganon’s minions. He rescued her, and she divulged to him the plight of Hyrule. With insurmountable courage, he dashed off to locate all eight shards of the Triforce of Wisdom and used the relic’s power to defeat the Demon King. The Triforce of Power and Wisdom were returned to Hyrule and its royal family. Before long, Ganon’s minions began to retaliate, seeking to resurrect their great king by using the blood of the hero. The same Link that rescued Zelda previously received the crest of the hero at the age of sixteen. Impa explained the tragedy of Princess Zelda I and gave him a scroll to help him find the Triforce of Courage. After a vicious battle with his own shadow, Link emerges victorious and returns to the castle to complete the Triforce once more.

Hyrule Historia calls this “The Decline of Hyrule and the Last Hero” and is discussed first, so that does show some appreciation for the war torn timeline. Most of the information I used here can be found in that book, a great reference for any Zelda fan. I mentioned Breath of the Wild would make a good fit for this timeline, and the two major reasons are the royal family’s control over the complete Triforce and the multiple Ganon resurrections. Adding this refreshing game at the end may bring more respect for a timeline that occurs after the hero is defeated, and that this writer feels has been neglected by the fans. 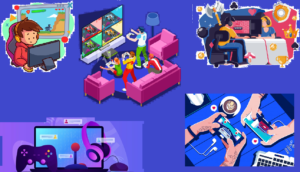 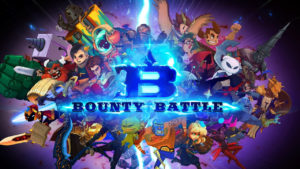