Other Ocean Group reveals a major update for Tabletop Gods!

The Ghost Fish Games team at Other Ocean Group have been hard at work making new additions and improvements to Tabletop Gods as it passes through Early Access, getting ready for launch. Today, they are pleased to announce their biggest addition to the game so far, the new Demonic Governance faction and map!

The Demonic Governance is the new, third faction of minions for players to command – joining the already available Human and Undead factions. The Governance consists of dual-wielding Reavers, lightning-spewing Worms, dark magic-casting Demon Mages, flame-eyed Behemoths and the powerful Demon Lord! The Governance update also brings with it a new demon-themed tabletop as well as new Vortex Cannons, Rift Bombards and Rage Totems for all tabletops, granting Gods more weapons to unleash upon their opponents!

Here are some of the updates already added to, or coming soon for Tabletop Gods:

Tabletop Gods is NOW available on the Steam Store in Early Access ​for PC Windows, and in Virtual Reality for HTC Vive, Windows Mixed Reality and Oculus Rift + Touch with Xbox controller support; Other VR platforms including PSVR are planned to follow. It is priced at $19.99 USD. The game was developed in Charlottetown, Prince Edward Island with valued support from the Canada Media Fund, the Atlantic Canada Opportunities Agency and Innovation PEI. 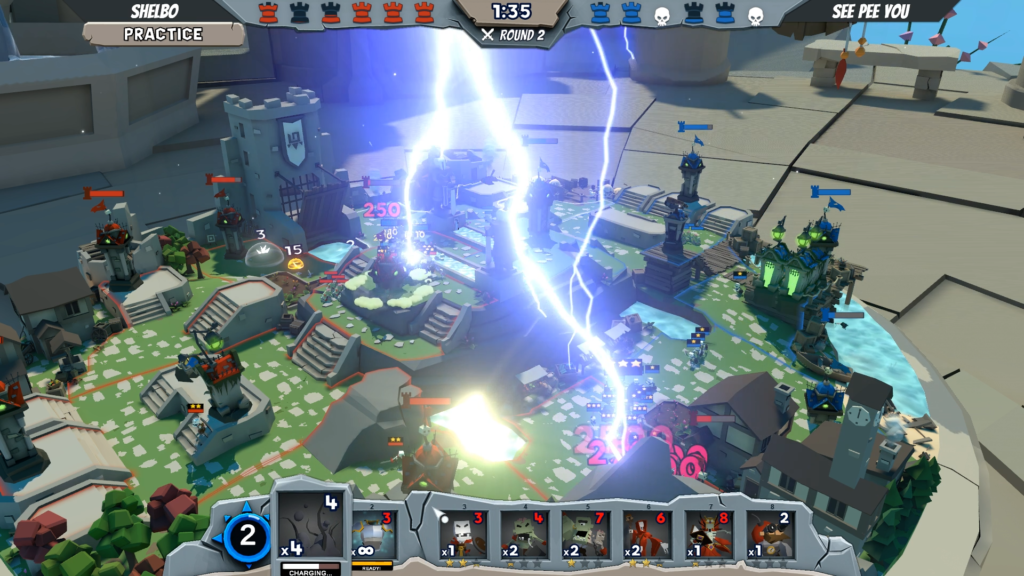 In Tabletop Gods you play the role of a god vying for power. Gather your devout mortal followers and face-off against other players on desktop PC or in VR (Oculus Rift, HTC Vive or Windows Mixed Reality) as you lead your army across tabletop battlefields in frenetic, arcade-style strategic battles

The Elder God has vanished! In the wake of her disappearance, war has erupted in the heavens!  In a Tabletop Gods match, you have three rounds to achieve your goal of destroying more of your opponent’s Strongholds than they destroy of yours. At the start of each round you’ll have a short amount of time to swap out spells and troops, and secretly set traps and deploy mighty weapon towers. During the three-minute round, you’ll use your slowly replenishing Mana to deploy troops onto the tabletop battlefield to attack your enemy’s Strongholds or to defend your own. You’ll also cast powerful spells to thwart your enemy’s advances or to bolster your own attacks. Destroy your enemy’s Strongholds to gain new territory into which you’ll be able to deploy your forces and push the battle towards your opponent! Command Human, Undead and now Demon factions as well as deploy a selection of mercenary troops who will fight for any side! Support for Tabletop Gods is an ongoing process with many updates already complete, but much more still to come in the future, through launch and beyond!