Up the horns for Serj Tankian as he adds his mighty voice to Metal: Hellsinger’s huge roster of metal vocalists

Metal: Hellsinger, the heavy metal rhythm FPS from publisher Funcom and developer The Outsiders, coming this year to PC, PlayStation 5 and Xbox S|X welcomes Serj Tankian to its mosh pit of incredible vocalists. Along with the iconic System of a Down singer, players will slaughter demonic hordes to the pounding vocals of Alissa White-Gluz (Arch Enemy), Matt Heafy (Trivium), Randy Blythe (Lamb of God), and much more. Get a heavy dose of adrenaline with the trailer, featuring the original track No Tomorrow performed by Serj Tankian!

“What can you even say! We have so many System of a Down fans in the studio, adding Serj Tankian to our already incredible roster of vocalists feels unreal. He completely killed the track and made it his own in a way only Serj could. We are so excited and can’t wait to see everyone playing!” 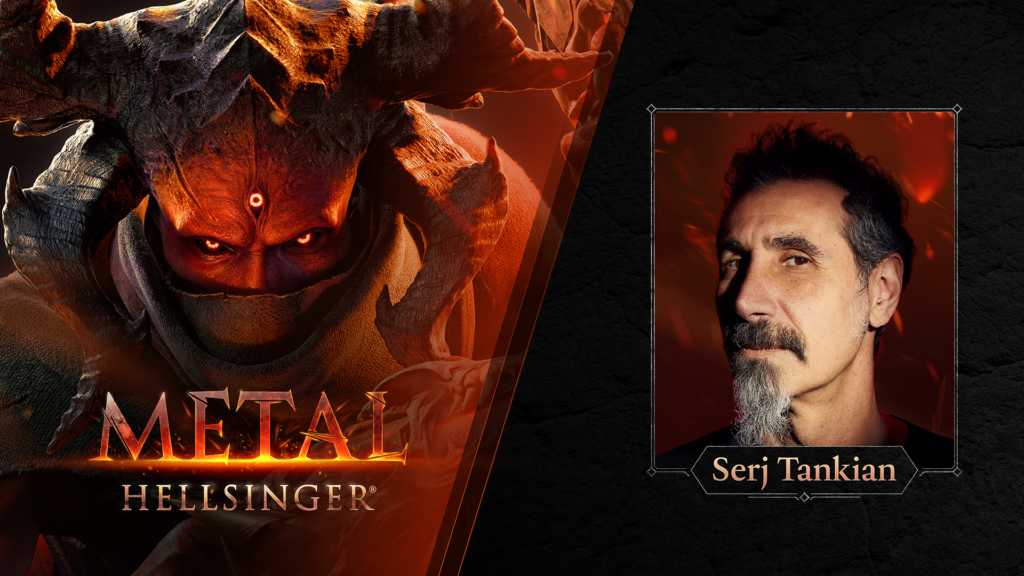 In Metal: Hellsinger, you must shoot, dash, and perform finishers on time to the beat of an original metal soundtrack. Do so successfully and feel the thrill of the adaptive music intensify and your power ramp. Armed with six weighty weapons, each with its own ultimate, tear through Hell on a tale of revenge against the devil itself, with award winning voice actors Troy Baker and Jennifer Hale voicing main characters.

With the campaign conquered, make sure to dive into Torment mode and ride the metal beat to the top of the competitive ladder. Metal: Hellsinger takes the stage in 2022 on PC, PlayStation 5, and Xbox Series X|S.

ABOUT FUNCOM
Funcom is a developer and publisher of online games for PC and consoles. Funcom has provided outstanding entertainment since 1993 and continues to expand its track-record of more than twenty released games. Titles include ‘Conan Exiles‘, ‘Secret World Legends, ‘Age of Conan: Hyborian Adventures’, ‘The Longest Journey’, ‘Anarchy Online’, ‘The Park’, and ‘Dreamfall: The Longest Journey’.

ABOUT THE OUTSIDERS
The Outsiders is a Funcom studio based in Stockholm, Sweden, consisting of ~30 creative people and four dogs. The Outsiders creates original games at high quality – specializing in first person games with unique gameplay mechanics and AAA-visuals. The team consists of industry veterans from DICE, Avalanche, King, Rovio, Fatshark, Starbreeze, Arrowhead, Goodbye Kansas, Machine Games, Guerilla Games, and many others – a good mix of the best talent from the many fantastic game development schools in Sweden. “We love games and we love making them. We hope that you will enjoy playing our creations!”