Skul: The Hero Slayer, developed by SouthPAW Games and published by NEOWIZ, offers procedurally generated levels riddled with a variety of humans to defeat, both designed using pixel art. Take control of a “little skeleton” character, apparently of a laughable status, to save the Demon King who has apparently been captured by the humans in the Kingdom of Carleon. Everyone else has failed so far, why not give the little one a chance? The player will need to combine weapons, skills, and buffs to defeat their enemies.

The combinations are endless. The base character uses a bone to attack, the skull can be thrown and the player can teleport the skeleton forward to meet up with its head. Throughout the levels, there are sections where the player can pick up a random skull which completely alters abilities. Some skulls are knights with one handed swords that swing fast while the Carleon Soldier wields a heavier weapon that will make the player swing more slowly. The Archlich uses dark magic. There are skulls that give the ability for ice with a chance to freeze, a shield basher, a thief that dual wields, gargoyle, and even a werewolf, each with their own unique advantage and disadvantage. The player can hold up to two skulls and swap them out at will, or as often as the cool down will permit. Swapping skulls performs its own skill, sometimes attacking or creating a shield. My favorite was definitely the Clown skull, but it will all depend on your play style.

To enhance the unique skills given by these skulls the player may collect up to six items, which can be swapped out by destroying an old one in place of a new, and one Quintessence. These will be rewards after boss fights, which are heroes trying to stop you from rescuing the Demon King and can be incredibly annoying, or purchased at shops that appear as an area once per level. The items will enhance attack damage, critical attack damage or rate, defense, increased gold find, and movement speed, among others. An item could also be a spirit, like a Water Spirit that will follow the player around and randomly attack or freeze opponents. If the player chooses a skull to deal more damage and sacrifice speed with a skull, then it would be better to have more items that boost speed. If using a skull with higher attack speed but lower damage, the player could use items that increase attack and defense. Quintessence will give the player an extra buff that might deal additional damage, generate a shield, or make the skeleton go invisible for a short period of time. These can be purchased at shops, as well as health. Health will drop randomly throughout the levels.Keep in mind, all of these drops and the items in the shop are completely at random, so you will not always receive the drops you need. All of these items are purchased with gold.

Dark Quartz is another form of currency, used to purchase traits from the Witch in the castle where the player starts at for the beginning of each run. There are three rows of traits: Skull, Bone, and Spirit. Skull is focused around skills and swapping. Bone focuses on basic attack, HP, and offers a resurrection trait at a high price. Spirit is for decreasing skill cooldowns. Dark Quartz is earned through the levels by defeating humans. The difficulty of each level is seen to obviously increase in the strength and skill of the humans. The player will be facing knights, mages that wield fire and ice, ninja type characters, and so many more!

Admittedly, I only reached the third area once thanks to the Archlich skull. This area was a laboratory and offered a whole new array of baddies with different skills to learn so I could better combat them. I was grateful for the helpful Rookie Mode that gives the play an extra 100 HP, which can be turned on and off during game play. Frustrating as though it may be to venture so far only to fail, where the player may lose all hope of making it as far as the time before, but you are encouraged to keep going to earn as much Dark Quartz as possible. This way, the player can level up skills and try again.

In a game like Skul: The Hero Slayer it is important not to dwell on the graphics. However, for being designed in the style of pixel art, it is some of the greatest I’ve seen. The art is clean and crisp in the foreground, every enemy distinct as well as every skull and its new costume. The background is colorful as well and moves with the character progressing through the area. Background music changes per level. Level 1 varies from level 2, and so on, to give each one a unique ambiance. Boss battles are distinct as well, so the player will know when they have reached the area where they will need to be prepared to take out a hero or two. Also, I did pick up that the doorway you pass through from one area to the next is an indicator of what to expect, whether it will be the shop, a hero, or a place to pick up a new and random skull. Controls are either keyboard, or controller. The default controls for the controller were nice and simply to pick up right away. By default the keyboard uses the arrows to move, but has the option to customize.

Fun in Skul: The Hero Slayer is derived from randomness. Sometimes the player will be lucky enough to find the skulls and the skills that make them invincible in their chosen style of playing, or you will be forced to adjust to take advantage of what the game has provided. Each time I picked up the controller to play the game, I was drawn right in to try again. 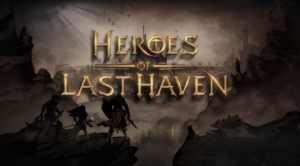