Vanquish your friends with 100 unique cards and six abilities across 50 dice in the new tabletop game based on RT’s hit pop culture web series!

Rooster Teeth has announced that its new head-to-head tabletop game Death Battle! will release on Oct. 14, 2019. Based on Rooster Teeth’s hit web series of the same name in which pop culture’s deadliest characters fight it out in dream match-ups come to life, Death Battle! is a fast-paced card and dice game where players duel to the bitter end…. of the deck!

To defeat your foe, you’ll have to outwit their devious battle plans while building a devastating combo of dice and card abilities to take them down. Devise a path to victory with 100 unique Armor, Weapon, and Skill cards, as well as 50 dice with six different abilities. 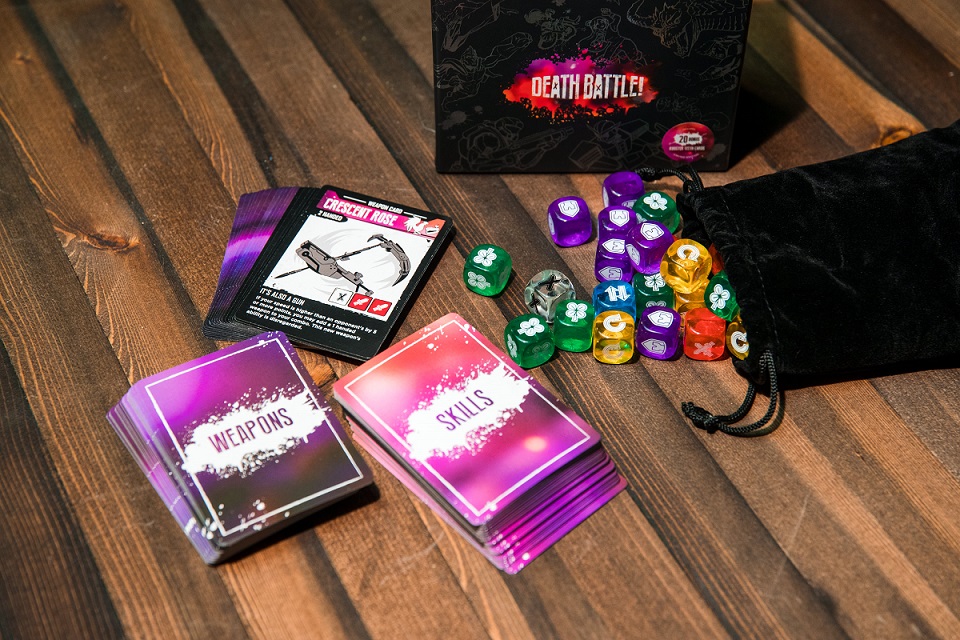 The Death Battle! web series is currently in its sixth season. Experts Wiz and Boomstick analyze the weapons, armor and skills of some of entertainment’s biggest brawlers to determine once and for all who would reign supreme. New and old episodes of the show are available at https://roosterteeth.com/series/death-battle.