Creepy Jar is delighted to announce that the third major update for survival game Green Hell, the Combat Update, is now live and free for everyone who has purchased the game. Players will be able to face off against new spear-wielding tribals warriors as they attempt to survive in the harsh regions of the Amazon rainforest, but they won’t be left defenseless! The Combat Update introduces a new armor crafting system as well as a host of new traps to defend your home base with. But beware, with enemy AI improvements, the enemy is smarter and more dangerous than ever. 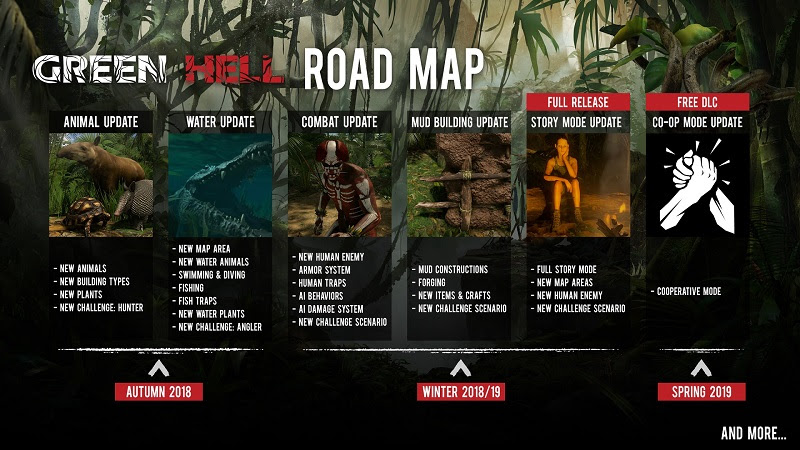 Continuing their focus on listening to the Green Hell community, Creepy Jar has also implemented a number of changes and fixes alongside this update. Find a detailed changelog on their steam page and see a list of the major additions in the update below;

For a look at what’s coming down the line for Green Hell, take a look at the Green Hell Roadmap!