“One of the big differences with Cook Serve Delicious 3 is it’s much more focused on the campaign.”

Gameology News took an opportunity to speak with Nicholas Kraak about Cook, Service, Delicious! 3?!, developed by Vertigo Gaming Inc. Cook, Serve, Delicious! 3?! is out now on Steam in Early Access. This a simulation game all about serving food to a customer’s taste to make them as happy as possible.

After your beloved restaurant is destroyed, you turn to a food truck to continue your business. Travel across the United States to participate in the Iron Cook National Foodtruck Championships in Nashville, TN, alongside two trusted robot companions, Whisk (voiced by @negaoryx) and Cleaver (voiced by @havanarama).

Upon seeing the map of Cook, Serve, Delicious! 3?!’s version of the United Sates it becomes very clear that this series not only has fun with its gameplay but also with its lore. The United States has had some catastrophic events unfold which has seen Oregon sink into the ocean, Washington state becoming part of Canada, and Texas walling itself off from the rest of the country. On top of this, each food entry in the game has a fun lore entry explaining each particular dish’s impact is on the world. 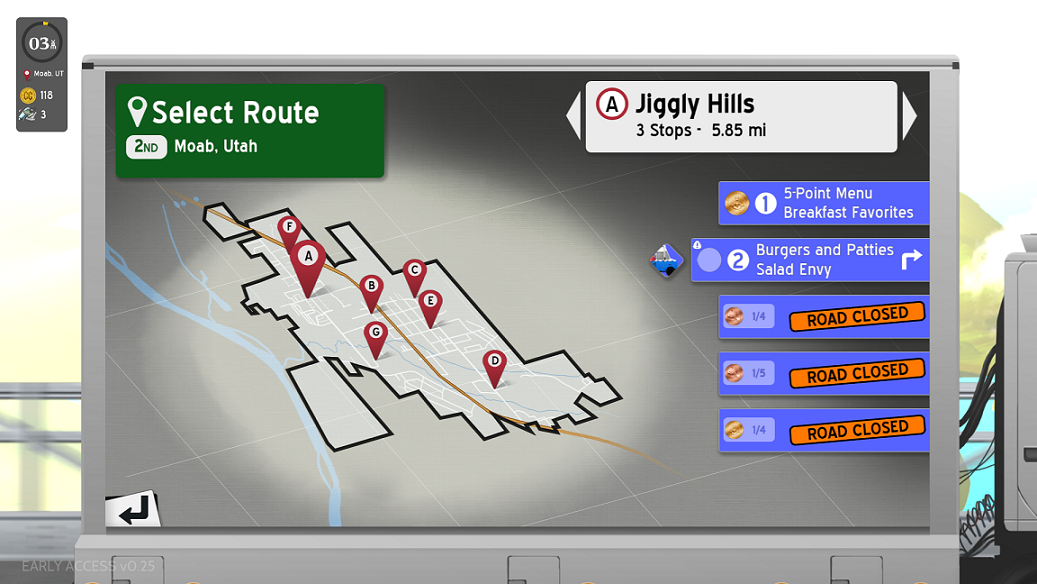 A food truck fit well with the idea behind the story for the game, but there was more behind the change up. “We really just wanted to mix things up for the third game. And we’re just thinking we’ve done a set restaurant in two games, what can we do to kind of elevate this idea. A food truck just, honestly, helped the game play so much. Cause it kind of gave us a mission to strip away all these features that had built up that a lot of players necessary didn’t really enjoy as much.” Most players who were familiar with additional game play like chores will find those distractions have been eliminated. Nicholas said, “it kind of got in the way of the core game play.” 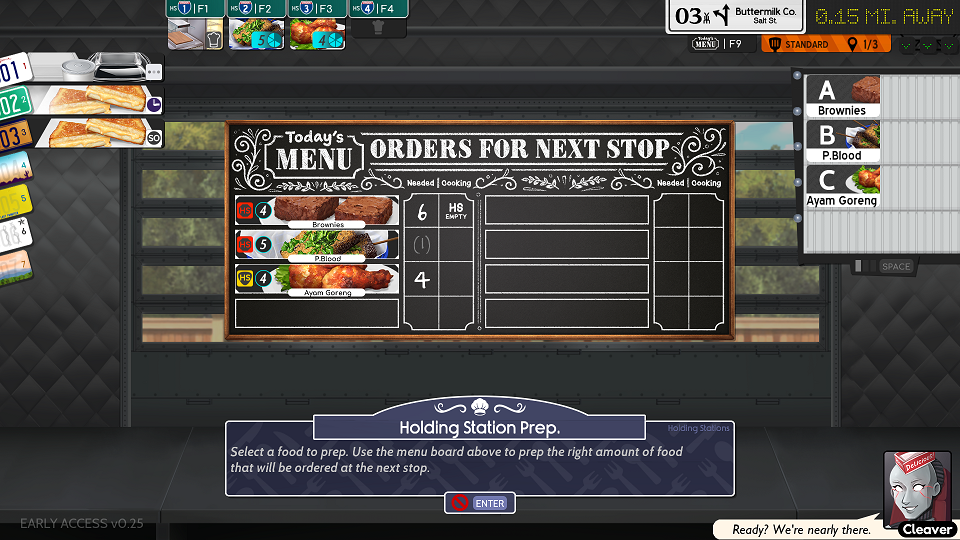 However, you’re not alone. The player may encounter rival food trucks that will try to shoot at you, hack your food truck, or run you off the road. If any of these attempts to sabotage you are successful you’ll suffer some modifiers that may make game play a bit difficult for a while.

Regarding the series of Cook, Serve, Delicious! in general, Nicholas had this to say. “It’s a weird thing where it’s simultaneously the most stressful and relaxing thing you can do at the exact same time. Once you get into that flow it just becomes almost like this nice typing game. It’s very therapeutic for a lot of people.” 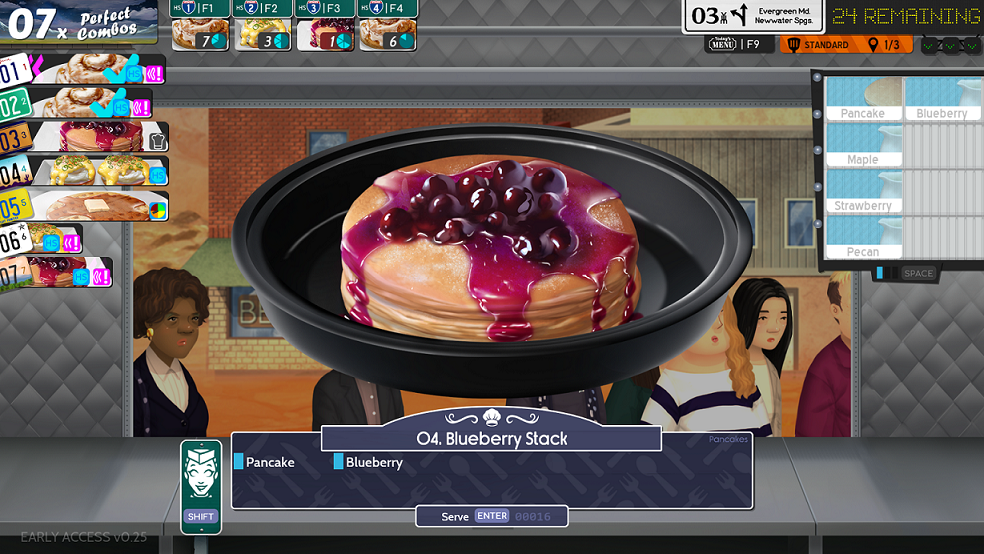 Along the way you’ll make money, and with that money you can buy upgrades, or new foods from hundreds of options, giving the player the freedom to design any type of food truck you want by setting up a specific menu. One neat aspect is a tutorial option, which gives you the opportunity to perfect the recipes for any given food. Each food has a difficulty rating of 0 thru 5. Stocking your truck with a lower level food will earn your less money but will make for an easier difficulty level. On the other hand, stocking the most difficult foods to cook might make for a more stressful time but earn you more money to help you unlock a wider variety of food more quickly.  The food looks delicious enough to take off the screen and eat! 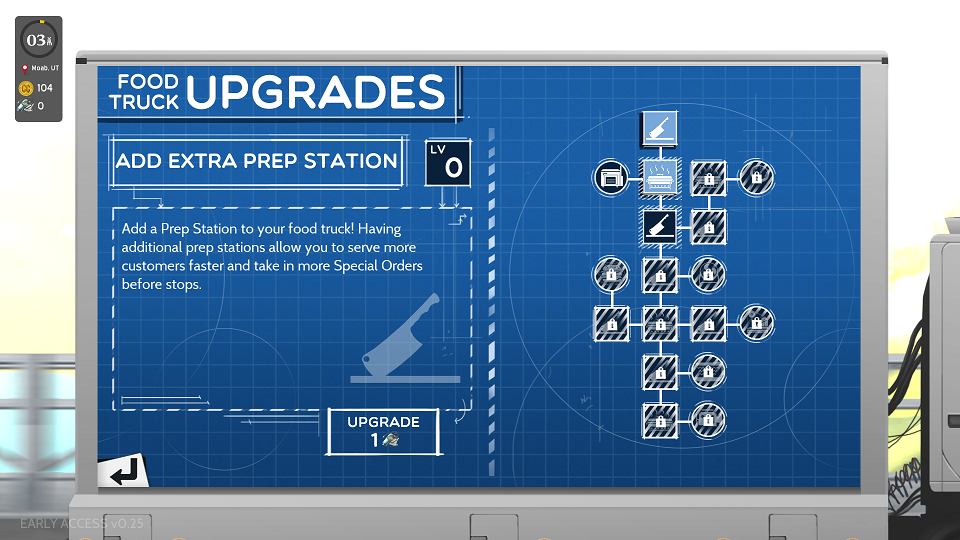