From the creators of Chroma Squad and Knights of Pen & Paper, a new game is coming out of Early Access!

The developers behind Chroma Squad just announced the launch date of their co-op couch-fun game, coming out of Steam early access for good!

In case you were curious to know what the guys at Behold had been doing for the past couple of years, Out of Space is launching in February 26th for PC and Mac and it has been a lot of attention and recognition since the start of the early access. This time, rather than a pixel art story driven game like the past celebrated games from the indie studio, the new title is a co-op couch-fun multiplayer with procedural spaceships that players need to put it order before calling it home. 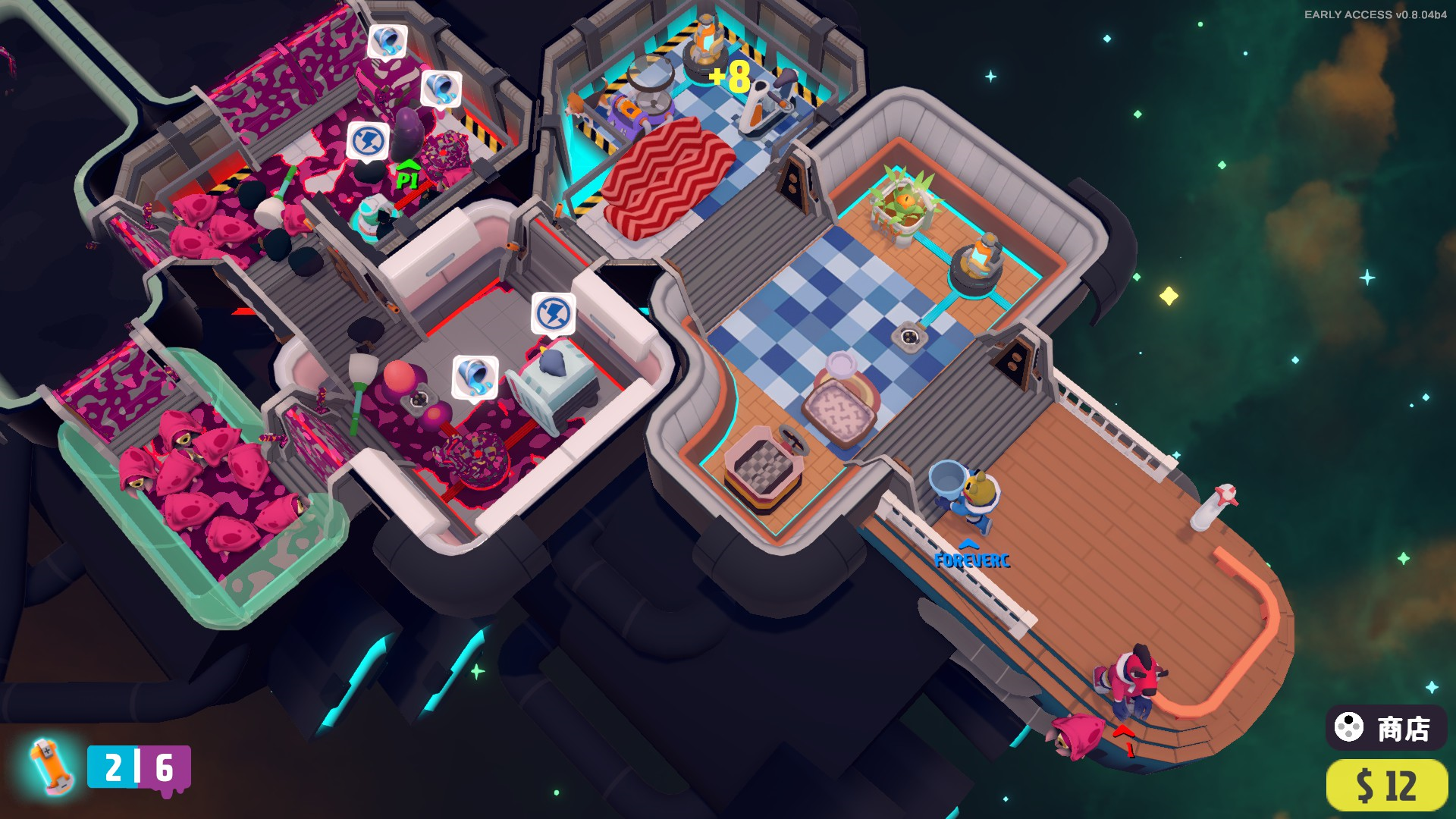 “We’re aiming for a strategy game in a couch fun experience”, said Saulo Camarotti, the Creative Director behind the studio. “We have never seen an experience like that in other games of the genre, but the player’s responses are amazing! They’re playing a lot since we started the Early Access back in April 2019”.

Awarded as the best indie game at SBGames 2019 and in the Golden Cube 2019, In Out of Space you’ll be moving to a new spaceship house, where you and your friends will have to clean it with mops and buckets of water, while containing the spread of the alien menace. You’re also responsible for building a sustainable ship, taking care of the food, building places to rest, buying new pieces of tech and even taking care of your dog. That’s when the strategic element of the game shines.

The game has local and online matches up to 4 players, and the developers also worked hard to create a good single-player experience, where you are helped by a friendly dog and a cleaning robot. Out of Space is already in its complete form while at the Early Access program, and has everything you might want from this type of game! From achievements and unlockables to online matchmaking and highly replayable gameplay.

The game is currently available on Steam and other online stores for Windows and Mac, in more than 10 languages, for the temporarily discounted price of US$ 12.99. Behold Studios confirmed they plan to bring it to consoles later in this year.