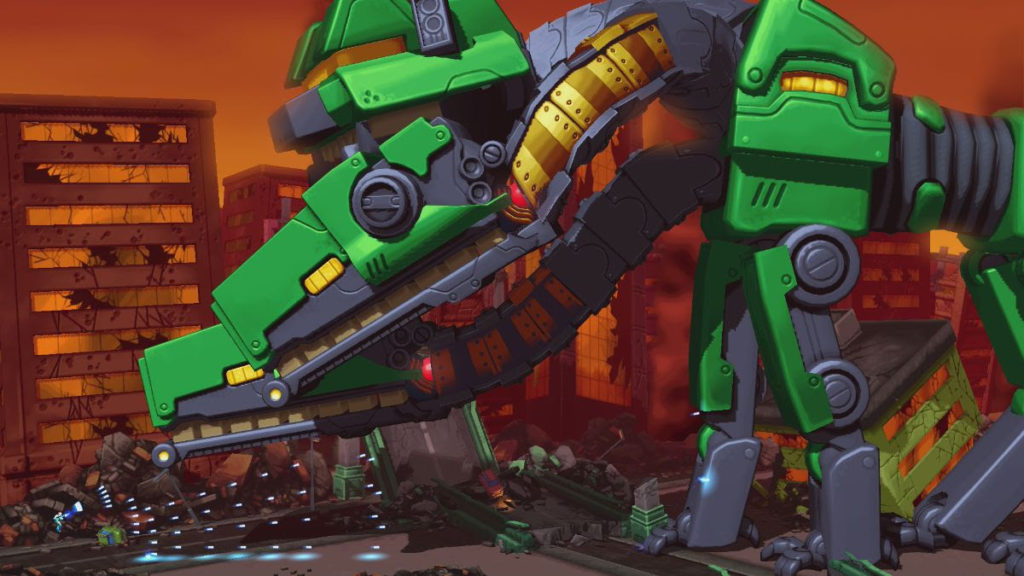 Directed by Bertil Hörberg, creator of the critically acclaimed Gunman Clive series, Mechstermination Force is an action, platforming, boss rush experience that will have you blasting giant mechs to kingdom come. Shoot your way through 14 massive bosses, each one completely unique in a complex run-and-gun platforming challenge. Each boss will need to be jumped or climbed on while avoiding their attacks. Damage their armour and shields with your blaster to expose their weak points, then hit them with your melee attack for massive damage . With awesome upgrades to your weapons and cool items like the Magnet Gloves and Boost Boots, Mechstermination Force is an intense and varied boss rush extravaganza.

Built on Hörberg Productions’ custom engine with beautiful 3D graphics featuring hand-painted textures, running at a silky smooth 60fps at a resolution of 1080p docked or 720p in handheld mode and featuring 2 player co-op in all control configurations, Mechstermination Force has been built and optimised from the ground up for Nintendo Switch.

“I am so happy to finally be able to share my next title with the world, I see it as the crazy lovechild of Contra and Shadow of the Colossus,” said Bertil Hörberg, Director of Hörberg Productions. “There have been many scrapped ideas following Gunman Clive in the lead up to this, but all worth it as I am immensely proud of Mechstermination Force. It plays beautifully and features some truly devious bosses, I hope you enjoy playing it as much as I did making it!” 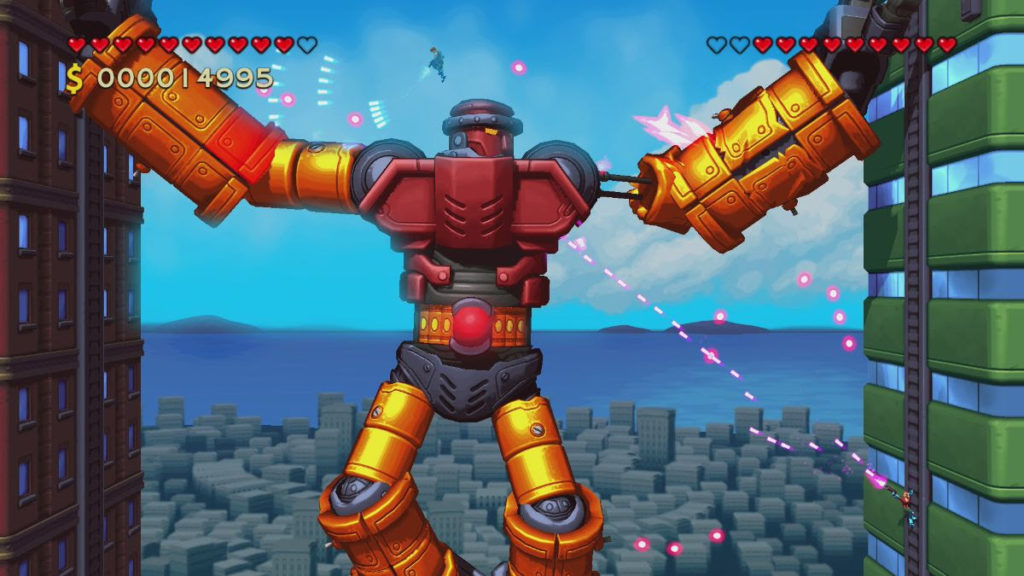 Praise for the Gunman Clive series:
“We recommend it as a must buy for fans of action platformers, especially those that enjoy retro nods and winks with their modern day experiences – this one’s a straight shooter.”-NintendoLife  (9/10)

“The Wii U has been home to quite a strong collection of sidescrollers: New Super Mario Bros. U, Donkey Kong Country: Tropical Freeze and DuckTales: Remastered to name but a few. Gunman Clive HD Collection proudly joins that lineup, offering a fantastic experience at a fraction of the cost of those titles.”- Nintendojo  (A-, Editor’s Choice Award)