It’s time to channel your inner Dominic Toretto and live your life a quarter-mile at a time — out-of-control physics racing platformer Fromto: Toy Cars in Hell is available now on Steam Early Access. From publisher Headup and developer Studio Erikson, Fromto: Toy Cars in Hell actively encourages you to enact total CAR-nage on the race track as you build friendship-ending race tracks and put your nice, reliable automobiles to the test as they speed down death-defying loops, crash through raging fire traps, and escape car-crushing obstacles of doom — alone or against three friends!

Fromto combines the art and charming off-the-wall obstacles and environments that only a child’s mind can dream up with a road-rage inducing fast ‘n furious driving experience. Test your skills against the insanely challenging single-player campaign or use the level creator to amp up the excitement by designing your own level with more than 40 of the most unconventional track elements ever seen. Monster Apes, Rockets, Piranhas, wickedly wild destructible environments — with virtually millions (we sort of counted, so probably?) of combinations there’s no need to ever play the same level twice! 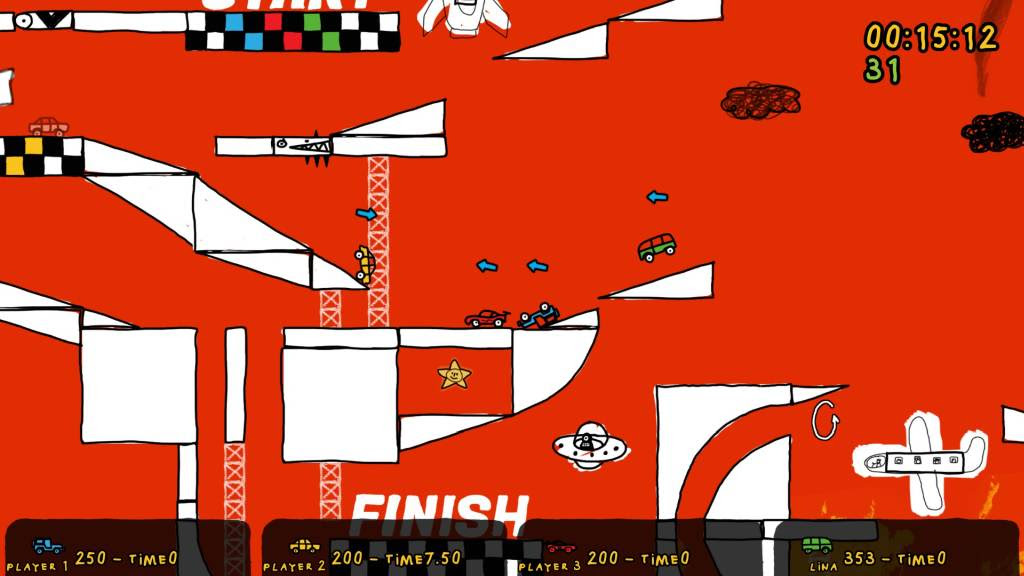 Have too many friends and looking to get rid of some? Turn those allies into adversaries with a crash course in calamity as you go head-to-head-to-head in an all-out demolition derby of ultimate destruction. Try to survive to the finish line in an endless cycle of creation and destruction as you outsmart your opponents by building malicious paths and devising cruel ways to leave them in the dust. Just remember: ask any racer. Any real racer. It doesn’t matter if you win by an inch or a mile. Winning’s winning.

Fromto is now available as an Early Access title for Windows PC via Steam.