Dead by Daylight is the only game where players can become two iconic Killers from two of the greatest horror franchises — Capcom’s Nemesis from the Resident EvilTM series and Konami’s Pyramid Head from Silent HillTM. To pay tribute to these beloved villains, Dead by Daylight’s creators are releasing a video in which the two Killers don never-before seen outfits exclusive to the Entity’s Realm. It’s fitting that the game picked the scariest day of the year to remind its community that only by stepping into the Fog can they embody and encounter the most feared Killers in horror history.

This Blighted Legends trailer released on Halloween features the two horror icons with their brand-new Blighted Sets, part of the Hallowed Curse Collection. Visually striking and delightfully twisted, the new sets are inspired by the Blight, a season causing putrid flowers to ooze a mysterious nectar. Once injected with this liquid, Killers become mutated, oozing with blight serum themselves. The Nemesis Blight and the Pyramid Blight Sets can be purchased via the in-game store for 1,080 Auric Cells each.

Two Horror Icons Under One Realm

Over the last five years, Dead by Daylight has become the Hall of Fame of Horror, a game where fans of the genre can embody their favorite legends — including Killers from prominent horror series Resident Evil and Silent Hill. 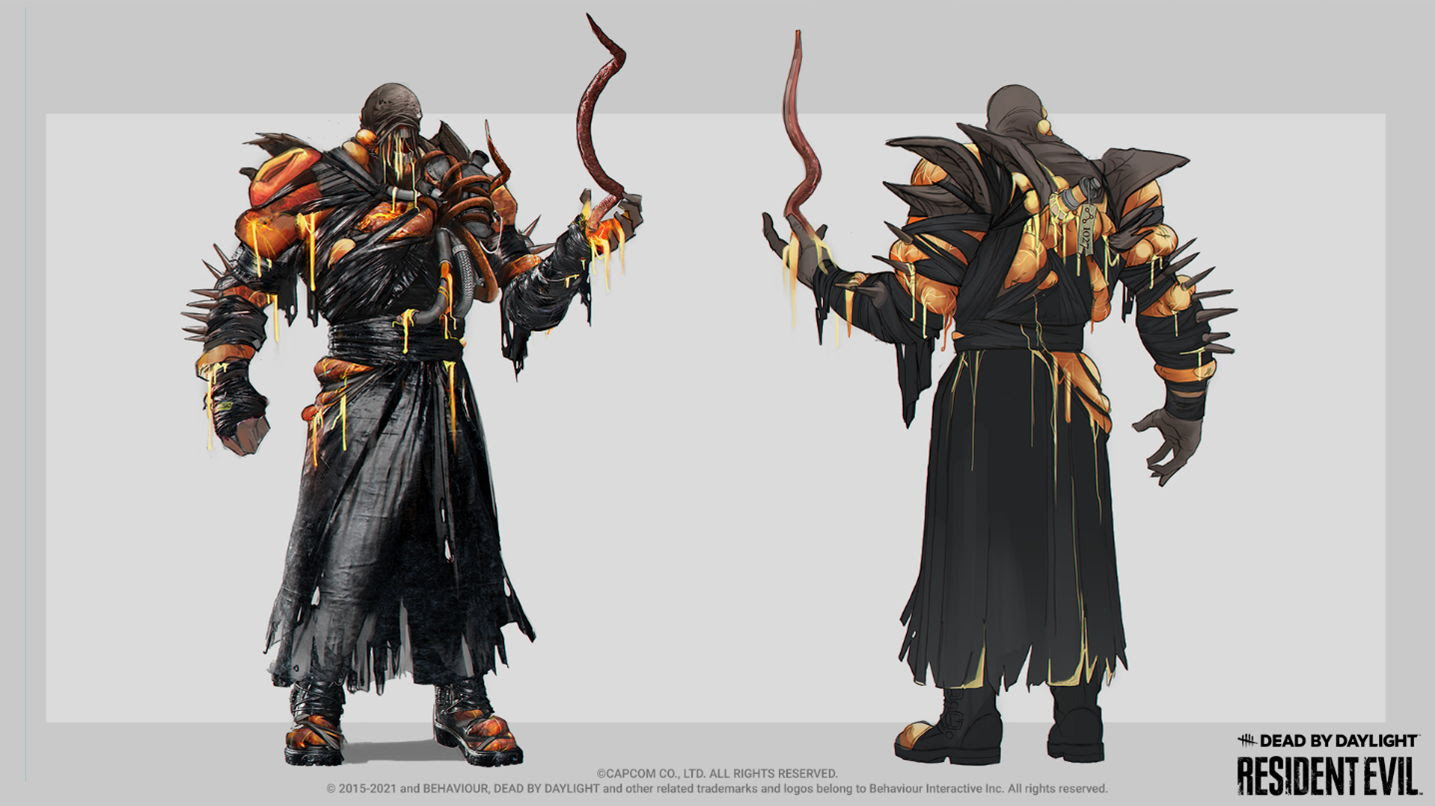 The Nemesis Blight is part of the Hallowed Curse Collection, available now via the in-game store

Released last June, the Resident Evil Chapter features the monstrous Nemesis as the Killer. With his powerful tentacle, he infects the Survivors, making them weaker and louder in their agony. Nemesis is also accompanied by relentless zombies — the game’s first AI-controlled characters. On the Survivor side, the Resident Evil Chapter brings beloved characters Leon S. Kennedy, Jill Valentine, Chris Redfield, and Claire Redfield into the Fog. In addition to stepping into the shoes of these famed heroes, players also get the quintessential Resident Evil experience by exploring the Raccoon City Police Station, a now decrepit relic of what was once a beacon of justice and one of the city’s emblematic landmarks. 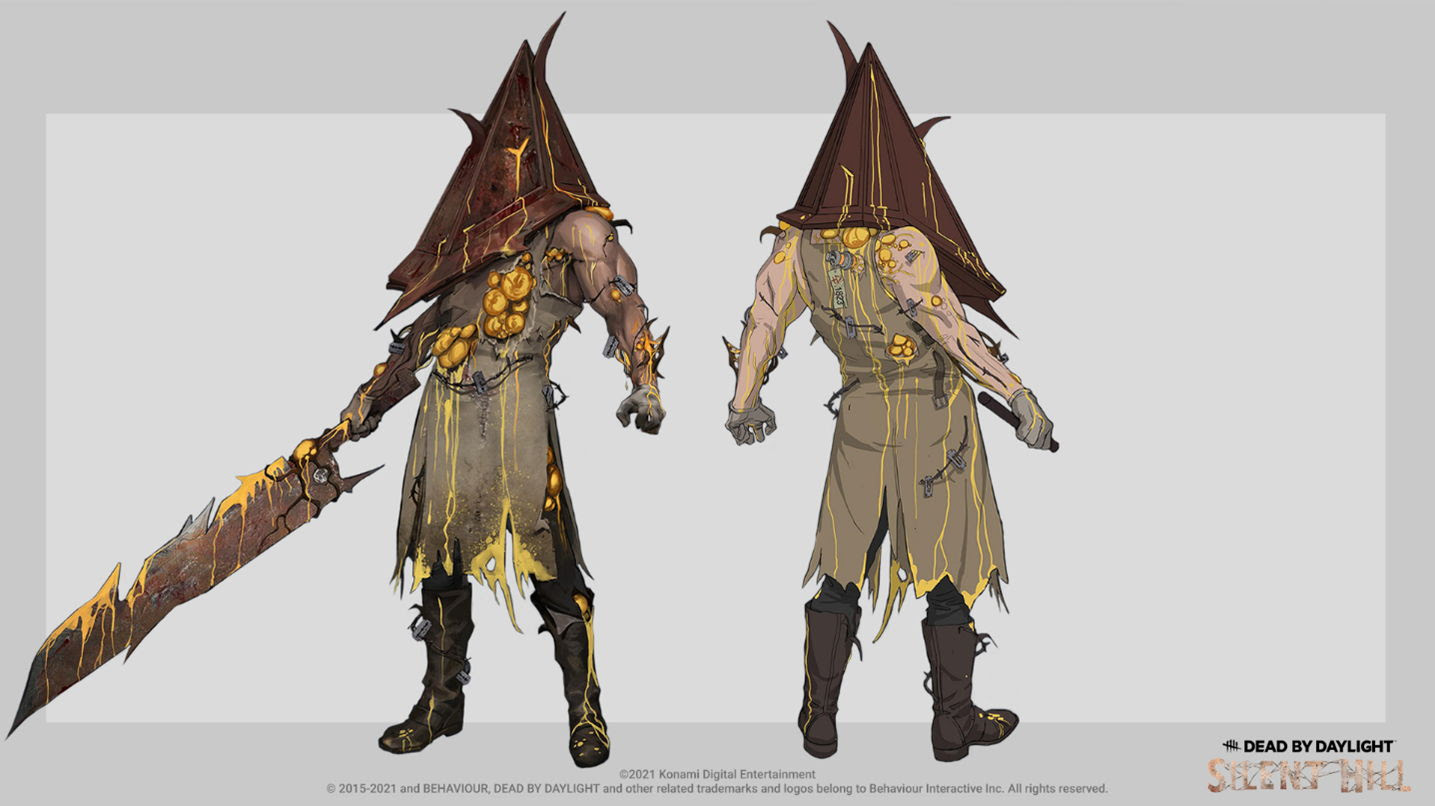 The Pyramid Blight is part of the Hallowed Curse Collection, available now via the in-game store

The Silent Hill Chapter was released on the game’s fourth anniversary in 2020. Set in the Midwich Elementary School – a scene of unspeakable horrors – Silent Hill pits Survivor Cheryl Mason against the unforgiving Killer Pyramid Head. Known in-game as The Executioner, Pyramid Head is a sadistic and merciless murderer fixated on dispensing punishment through pain. Never without his hulking blade in tow, the villain entered the Fog to fulfill his nefarious duty. Luckily, Cheryl is not alone – players can roam the realm as Silent Hill icons James Sunderland, Cybil Bennett, Lisa Garland, and Alessia Gillespie.

The Hallowed Curse Collection is available now via the in-game store, while the Resident Evil and Silent Hill Chapters are available for $11.99 and $7.99 respectively, via Nintendo Switch, PS4, PS5, Stadia, Steam, Windows Store, Xbox One as well as Xbox Series X|S.