Developer AYGames has revealed more information about the combat system in their deck-building RPG Deck of Ashes, coming to Steam on April 11, 2019. With this knowledge, players’ will yield the boundless power needed to destroy the Ash Curse in the palm of their hands!

Though the combat system in Deck of Ashes is turn-based, a successful duel begs a deeper level of strategic planning. Battles are divided into rounds, where characters take turns based on their speed, and the speed of each character may waver throughout the battle. Each turn is limited by the amount of Mana points spent on using a particular card in a Battle Deck. There are also cards that cost Health points instead of Mana points. Also, there are opponents who have the ability to increase the cost of cards, ultimately reducing the number of cards you can play per turn. 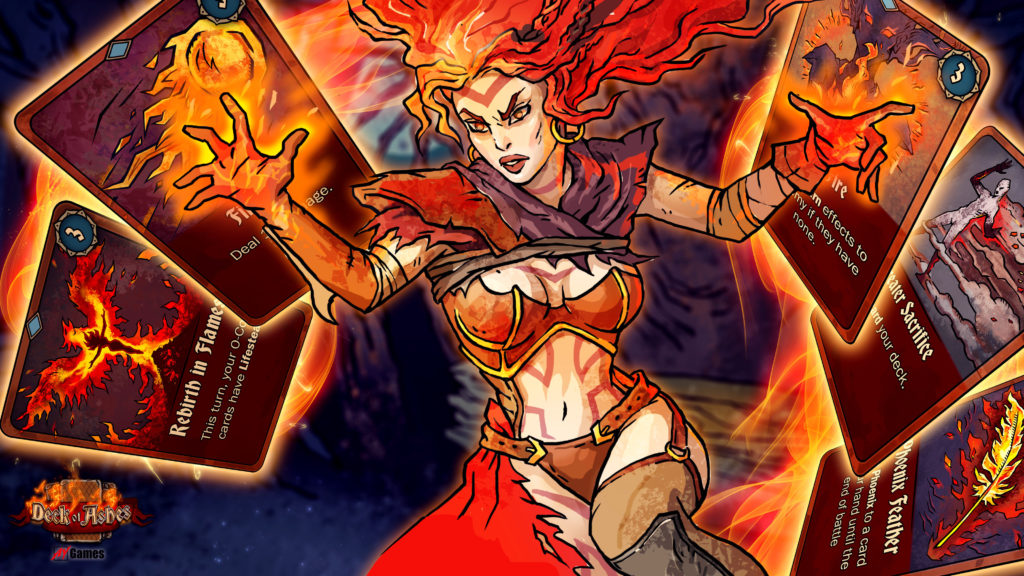 Though Heroes may occasionally find themselves battling seemingly impossible-to-conquer foes, it must be noted that there are cards that can greatly benefit a player. These cards are:

Initially, a player may encounter 1-3 opponents in any given battle, but some opponents may summon reinforcements. Additionally, some monsters are able to strengthen themselves and their summoned allies and deal instant or periodic damage to weaken a Hero in battle. The negative effects that opponents can cast on a Hero vary between enemy classes. Opponents reveal the cards they will play next turn, granting players the opportunity to strategically plan their next turn. Enemies may burn a player’s cards, decrease their stats, apply negative effects to cards, and increase their cost, so it is vital to study an opponent’s cards carefully to prevail in battle! 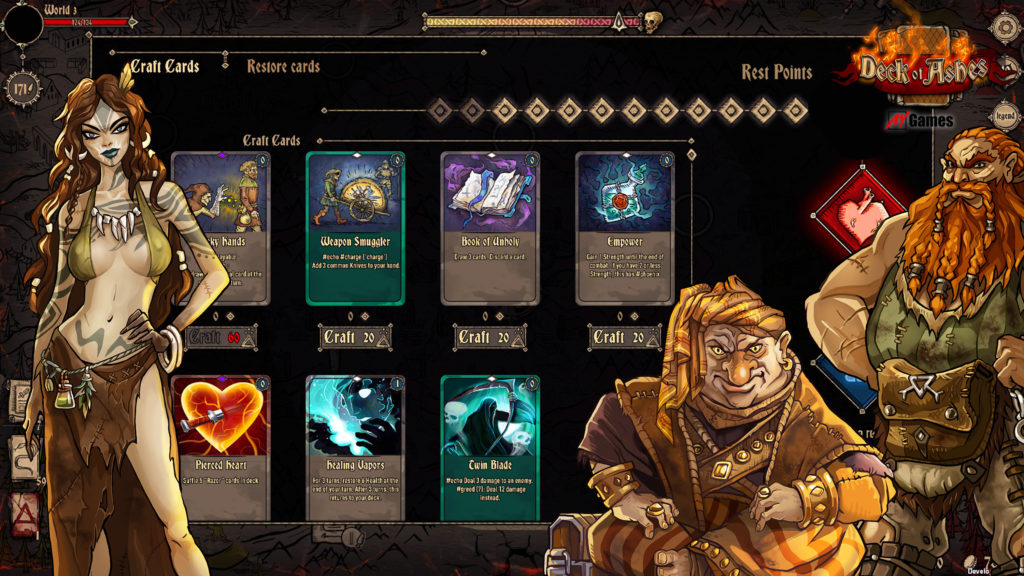 More about the Deck of Ashes:

Players will find that managing their resources is never more important than when confronting a boss enemy — the Ruler of the region in which a player is located. Players face Rulers at the end of an in-game chapter and can expect a particularly challenging battle, as Rulers possess unique passive abilities and ultra-powerful cards. 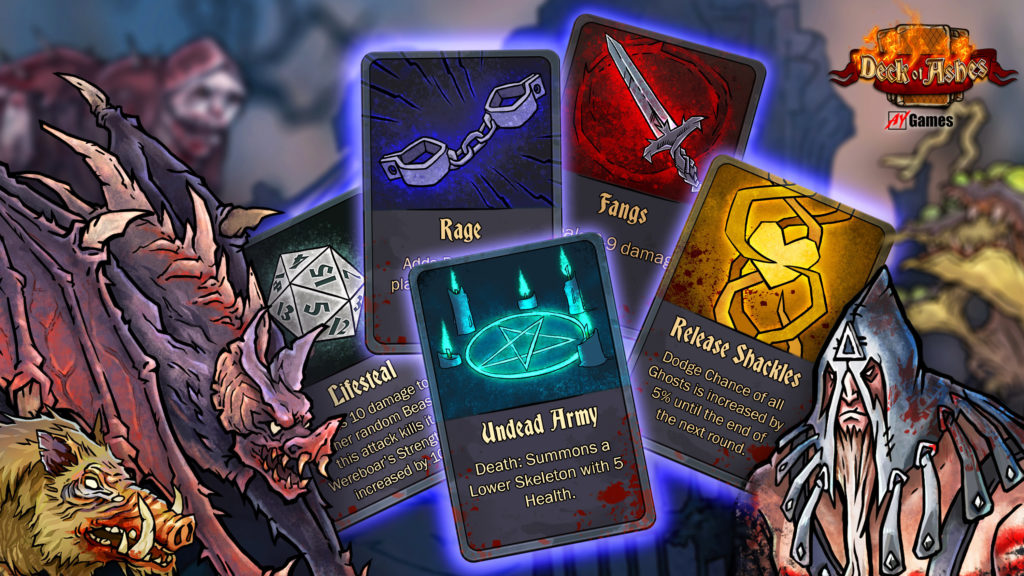 While traveling to and from battles, players are prone to encounter special “events” on the map that may grant certain buffs or debuffs and, ultimately, build upon the storyline. For example, a player may be rewarded with gold or a card recipe during one of these occurrences, while another may result in acquiring a negative effect, such as a stat debuff after experiencing prolonged starvation.

Finally, after an exhausting multi-opponent battle or Ruler face-off, players may set up a Tent to get some much-needed rest.  While resting at a tent, players may restore their health, renew cards from the Deck of Ashes, and craft new cards — all of which require spending Rest Points, a currency that players are granted after each battle.