Budding builders around the world are discovering the joys of DRAGON QUEST BUILDERS™ 2, as SQUARE ENIX® today announced that sales of the block-building role-playing game have officially surpassed 1.1 million units shipped and downloaded worldwide.

To commemorate the milestone, the team released artwork and a special video to fans to celebrate the game’s success. The thank you video from “The Builder” can be viewed on the @DragonQuest social channels. 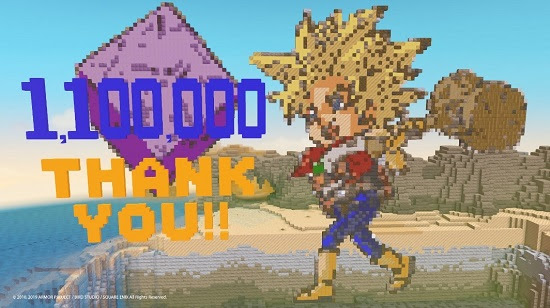 In addition to celebrating this special milestone for DRAGON QUEST BUILDERS 2 and its community, the special “Modernist Pack” DLC set that includes over 70 recipes is now available to purchase today. The pack includes recipes for modern-looking structures, hairstyles and clothing so players can build a luxury hotel, modern condominiums and more with the largest new set of recipes yet. 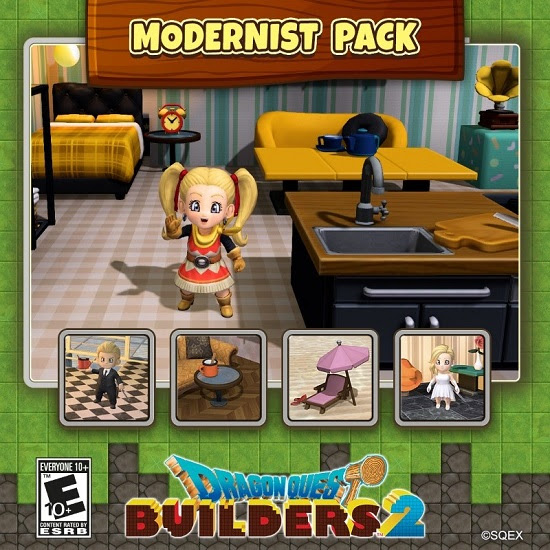 A follow-up to the acclaimed 2016 game DRAGON QUEST BUILDERS, the bigger, better and “buildier” sequel continues to win the hearts of fans and critics alike with its brand-new original story, loveable characters, expansive world and online multiplayer capabilities. In the game, players take on the role of a young apprentice builder who washes up on the Isle of Awakening alongside Malroth, a mysterious youth suffering from amnesia. Together, the two explore different islands while developing skills to become a “Master Builder” by helping townsfolk, crafting materials and fighting off enemies.

DRAGON QUEST BUILDERS 2 is available now for a suggested retail price of $59.99. The Digital Deluxe version of the game is also available from the PlayStation®Store for $79.99 and includes a Season Pass for all three DLC packs available now, giving access to new recipes, hairstyles, clothing and all-new areas to explore. The Season Pass is also available to purchase for $20.99.  All versions ofDRAGON QUEST BUILDERS 2 have been rated E10+ (Everyone 10+).