Big Ant Studios, in collaboration with the England and Wales Cricket Board (ECB) and Maximum Games, is pleased to announce that Cricket 19 – The Official Game of the Ashes, now has a release date. Cricket fans across the globe will get their hands on it on May 28.

Just in time for the 2019 Ashes, fans will be able to play along with all the intense action that will take place throughout England and Wales this summer. Whether it’s guiding their team to Ashes victory or battling it out for ODI glory, every fan will be able to play cricket on their terms, the way they want to with Cricket 19.

“Big Ant Studios games have always been known for deep customisation and flexibility”, Big Ant Studios CEO, Ross Symons, said. “With Cricket 19 we take this to the next level, with even more gameplay modes, more options, more ways to play and much more customisation.” 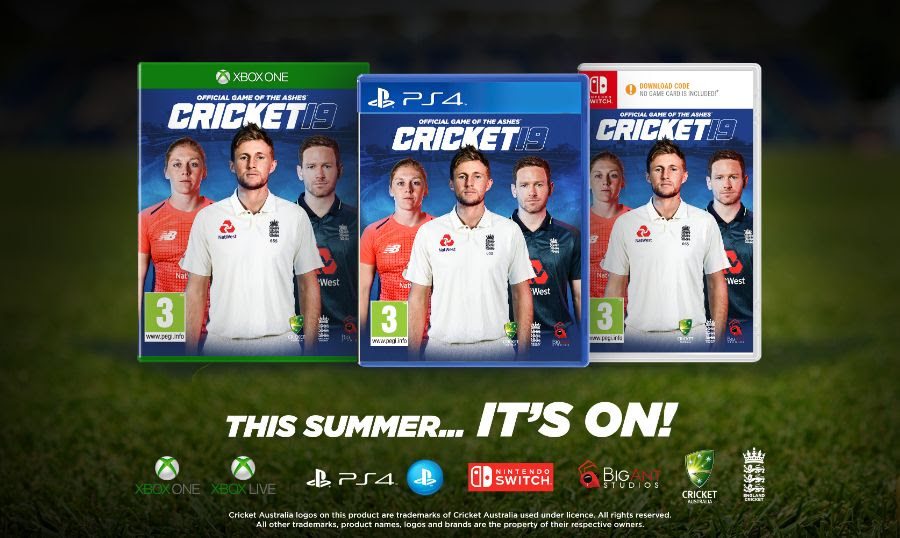 As the Official Game of the Ashes, Cricket 19 features photo-realistic character models of all men’s and women’s players that will duke it out for the trophy. Additionally, there’s a full suite of gameplay modes, including the ever-popular career mode, now deeper and more narrative-driven, a world championship tournament, and the scenario mode, allowing you to recreate classic matches, and then share them online to challenge people to change history.

ECB Commercial Director, Rob Calder said: “We are delighted fans can now get their hands on Cricket 19. Big Ant have been great to work with ensuring that the game achieves authenticity and realism. The Ashes is cricket at the highest level and Cricket 19 delivers a first-class experience for gamers.”

Cricket 19 – The Official Game of the Ashes will release on PlayStation 4, Xbox One and Nintendo Switch. A PC version will be available via Steam shortly after the console launch.