Cloud Imperium Games (CIG) is kicking off an interstellar celebration as Star Citizen approaches its eighth birthday. Since the project was first unveiled to prospective players on October 10, 2012, the Star Citizen team at CIG has continuously expanded gaming’s most ambitious universe, updating its growing playerbase and community on the status of development along the way, and bringing the project closer to the team’s goals for the ultimate space simulation. To celebrate the Star Citizen birthday this weekend, CIG is planning a weekend of events and content, beginning with the latest new Star Citizen Alpha release. The new Star Citizen — Alpha 3.11: High Impact update arrives today, along with a variety of celebratory activities and events for players, including Digital Prizes and giveaways, wicked Halloween-themed space booty, and the opportunity for players to Rock the Space Vote in an in-game election that will determine the political future of Star Citizen.

“Today is a big day for the Star Citizen community as it marks both the launch of the Alpha 3.11: High Impact Update as well as the beginning of Star Citizen’s birthday celebration,” said Cloud Imperium Games CEO and Star Citizen creative director Chris Roberts. “It has been an incredible eight years of building this universe with the most amazing community in gaming. While we’ve made huge progress towards creating a fully immersive universe like nothing else in gaming, none of this would have been possible without the support and devotion of our community. On behalf of everyone at Cloud Imperium Games, I’d like to share our thanks and gratitude for your support. We are truly humbled and look forward to continuing the journey together.”

The Star Citizen — Alpha 3.11: High Impact update is now live and available for all pilots, unveiling three new Origin 100 series starter ships. Designed for pilots looking to turn heads without sacrificing functionality or reliability, the 100 Series are among the most fuel-efficient ships in class with elegant onboard living accommodations. The 100 Series will also be the first new ships to feature a more physicalized dashboard, where every button and switch in the cockpit’s interior can be interacted with by the pilot. Whether you’re looking for the ultimate personal touring vessel, a short-range delivery solution, or an elegant peacemaker, there’s a 100 Series ship to fit your personal adventure.

In a major move to bring Star Citizen further in line with CIG’s vision for a realistic and immersive experience, pilots can expect a new element of danger with the removal of Armistice Zones around a selection of existing locations. Expect more combat near space stations, as pilots may now be attacked by other players when entering or leaving a variety of space stations. Security forces and turret systems have been added to maintain law and order in these heavily trafficked hubs as a result.

Today’s Star Citizen — Alpha 3.11: High Impact update is just the beginning of the Star Citizen birthday celebrations. In addition to a special celebratory video message direct from the CIG team this Saturday, pilots can look forward to a schedule filled with special activities like community contests, giveaways, and an exclusive pack of digital items, including an under suit and helmet, an iridescent pistol, and a celebratory Birthday Pico Plushie! For a full schedule of planned activities, head here. 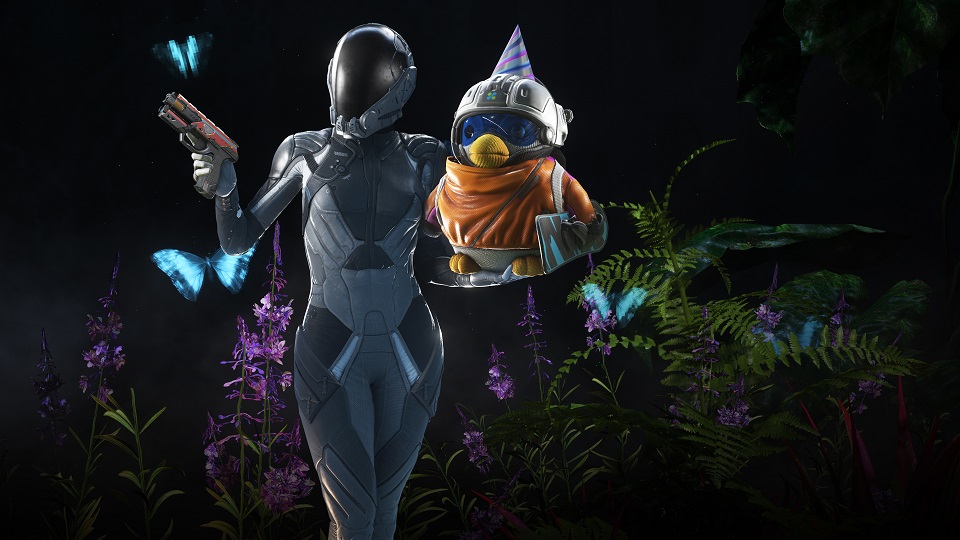 In addition, CIG is excited to share a Squadron 42 teaser, showcasing a brief fly through of the Aciedo Space Station. Set in the Odin system, the Aciedo Space Station is one of the first major locations players will visit during Squadron 42’s story-driven campaign. Be sure to join Chris Roberts, VP of Development Brian Chambers, and Creative Director Nick Elms as they deliver a video update on Squadron 42. And you’ll watch Brian, Nick, and the designers flythrough Acideo Station and deep dive into the creative and development process for the game. The video airs this Saturday, October 10 at 9am PDT on the official Star Citizen YouTube channel.

As Star Citizen turns to the future, CIG also encourages players to cast their vote in the upcoming in-game Imperator Election to determine the next leader of the United Empire of Earth and shape the political future of the verse. The once-in-a-decade Election gives users direct influence over their in-game experience. As players cast their vote, they will be granted a badge of that candidate to show their support beyond the space-polls. Find out more about the five candidates running for office while travelling via trams and elevators – and remember to cast your votes between October 10 and October 24.

The Star Citizen celebrations continue with a special “Day of the Vara” Halloween-themed event. Starting on October 8 and running through October 31, Star Citizen is getting into the spirit of the season with Halloween fun, both in and out of the game. For the first time ever, players can earn spooky Halloween themed helmets in-game, as well as celebrate with a limited “Day of the Vara” Cutlass paintjob, carve a pumpkin for sweet prizes, and dress up in the annual Cosplay competition.

Star Citizen combines classic space sim gameplay with boundary-pushing visuals in a massively multiplayer setting with unprecedented fidelity. Live how you want to live: shift paths from cargo hauler to outlaw, explorer, or any other role, whenever you want. Explore multiple planets and moons, including vast cities and underground caverns, all created with a unique combination of procedural planet technology and complementary hand-crafted design.

For further information, including how to download and play Star Citizen, visit the official website. Enlist today and join this ever-expanding universe by visiting the game’s Welcome Hub and Guide System for tips on how to play. Millions of players from around the world have already joined to help CIG build the most ambitious game ever made. For continued updates, keep up with Star Citizen on Facebook, Instagram, Twitch, Twitter and YouTube.