Developer Auroch Digital and publisher Ripstone Games today announced that its Weird World War game Achtung! Cthulhu Tactics is now available in North America on PlayStation 4, with the Xbox One release on November 23rd, priced at $24.99. A Nintendo Switch release will follow.

Having launched on Steam in October, Achtung! Cthulhu Tactics is the video game adaptation of the hugely popular tabletop RPG from Modiphius Entertainment. In this occult turn-based strategy game, players are up against a rogues’ gallery of Lovecraftian beings controlled by the Nazis and have to use cunning military tactics, along with some nifty supernatural powers, to save the world. Set in an alternate history of World War II; the Nazis’ investigations into the occult have resulted in the summoning of Lovecraftian monsters. Only Charlie Company, an elite band of allied forces, have a chance of accomplishing the impossible; foiling the Nazi plans to turn the tide of war.

Achtung! Cthulhu Tactics utilizes a mix of turn-based strategy and RPG mechanics as players embark on a harrowing campaign against the forces of evil. Each hero character features their own backstory, weapon specialisations and combat abilities to give players an edge in the battlefield.

Captain Eric “Badger” Harris is a British Intelligence operative who specializes in experimental weaponry and guerrilla warfare; Ariane Dubois is a French Resistance member who’s bonded with a demonic spirit creature that she can command on the battlefield; Corporal Akhee “The Eye” Singh wields a sentient amulet that can transform him into a whirling cloud of blades; and Sergeant Brandon Carter is a loud-mouthed American soldier with a medallion that imbues his signature Thompson submachine gun, with mythos-fuelled bullets that can tear through the Nazi’s horrifying creations.

“We’re so happy that Achtung! Cthulhu Tactics has launched on PS4 and Xbox One,” said Nina Collins, Producer at Auroch Digital. “We are extremely pleased with the console releases, we made sure to build them to feel great with a controller, we hope players enjoy their time in the incredible world of Achtung! Cthulhu.” 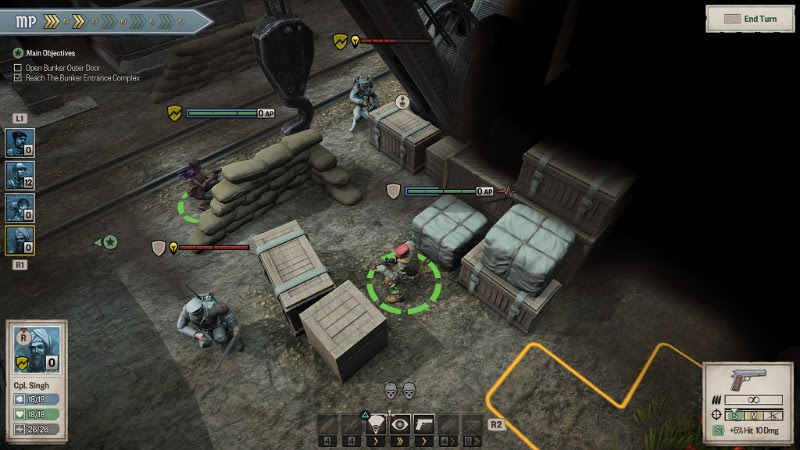