A box full of shoot-’em-up excellence comes to a retail store near you, along with your favoured online stores, today, as Aces Of The Luftwaffe – Squadron Extended Edition lands on Nintendo Switch™, PlayStation®4 computer entertainment system and Xbox One series of devices including Xbox One X. The SRP for the PlayStation & Xbox edition is £15.99 / €19.99 / $19.99, and the version for Nintendo Switch prices at £26.99 / €29.99 / $29.99. 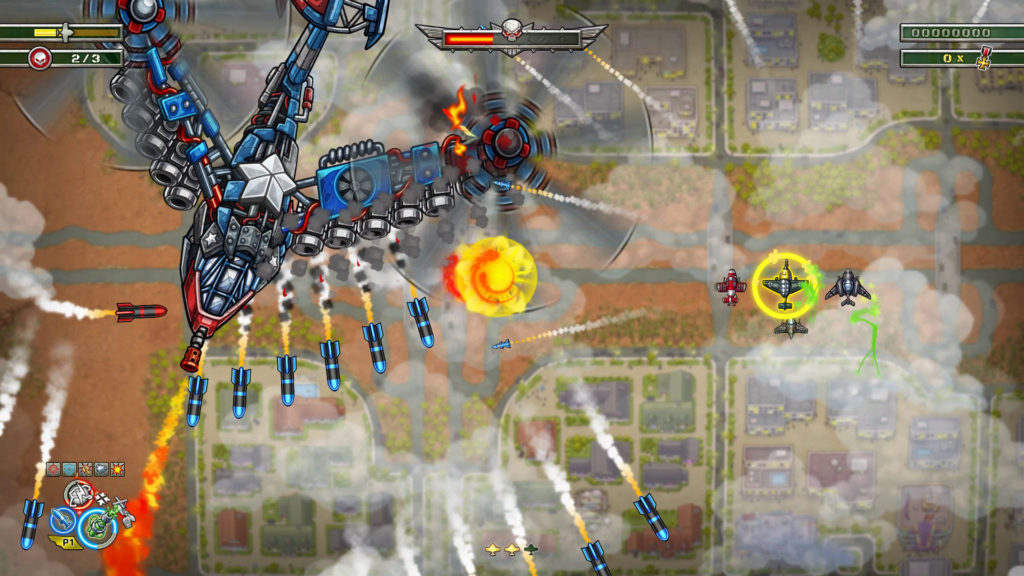 This Extended Edition features Aces Of The Luftwaffe Squadron, where you and your squad of pilots stand against a Nazi invasion of the US homeland. During the campaign, you’ll visit 25 levels, face six spectacular boss encounters and shoot down thousands of German air planes while experiencing the captivating storyline.

The Nebelgeschwader add-on lets you switch sides: you are now part of the German elite squadron and shall bring doom to the American forces… but soon you’ll find out you are only being used for cruel intentions – a fact you can’t stand as honourable pilots. The add-on doubles the content of the base game: another 25 levels, all new air planes and skills to unlock, an additional campaign and six astounding boss fights are waiting for you. Or, for you and some friends, if you like. Aces Of The Luftwaffe features a local co-op multiplayer mode for up to four players. Of course, the game is fully voiced and an epic, movie-like orchestral soundtrack will provide a fantastic shmup experience.

*Fun fact: Did you know, that Giebelstadt was indeed an airbase during World War II, where the German Airforce secretly tested the Messerschmidt ME 262 and ME 163, the first ever jet planes? After the war, Giebelstadt Airfield was operated by the US Airforce & US Army until 2006. 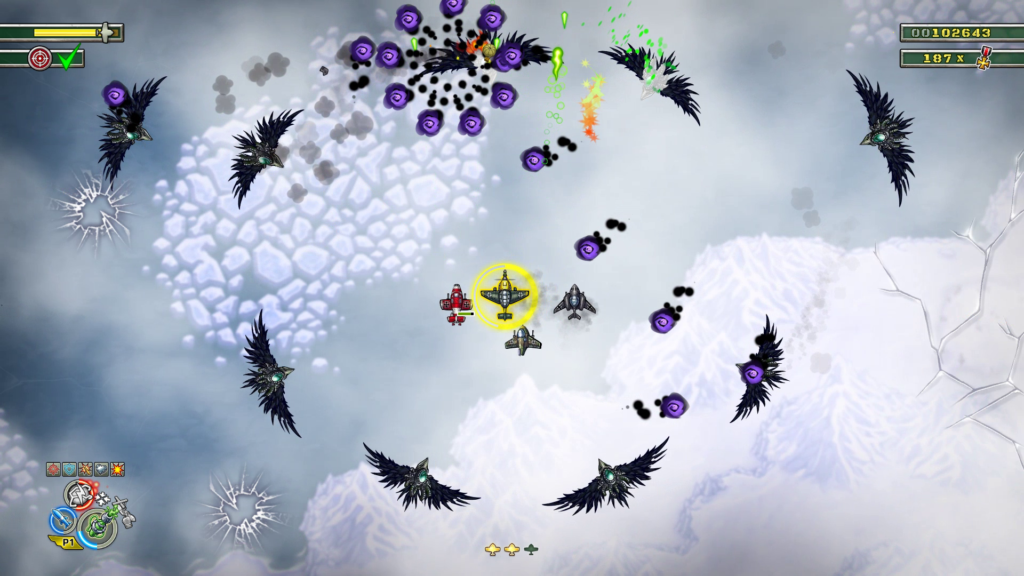 About Aces of the Luftwaffe Squadron – Nebelgeschwader
AOTLS-N is an action-packed DLC campaign with a fully voiced narrative. Experience 25 new levels, defeat waves of enemies, take on six brand new epic bosses and upgrade each of the unique characters in your squadron via personal skill trees. But don’t go to war alone! Experience the thrilling storyline with up to three friends in an epic four-player local co-op battle.